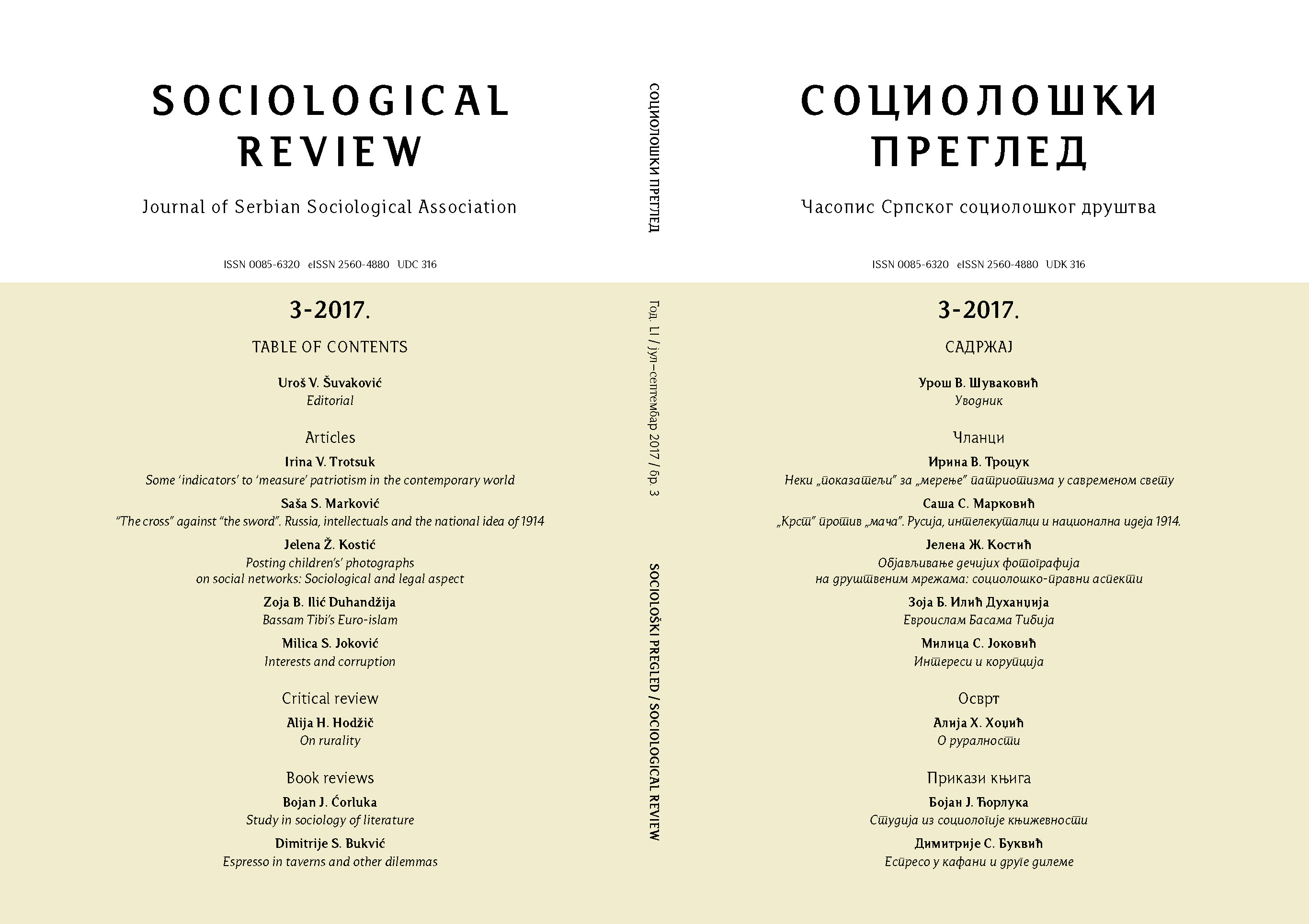 Summary/Abstract: Today there are diverse trends (such as government’s intervention into the private lives of people, reduction of state’s support and impact in the social sphere, and globalization that makes the world smaller) that complicate the sociological study of patriotism in a ‘traditional’ way – as a value orientation ‘measured’ by simple questions about one’s knowledge, feelings, actions, and self-identification. Thus, it is necessary to identify several frameworks for the empirical study of patriotism. The first ‘dimension’ is traditional ‘patriotic mood’ – a set of stable cognitive, affective and behavioral value orientations. The second ‘dimension’ consists of different components of the social well-being associated primarily with the estimates of life in the country. The third ‘dimension’ consists of persistent stereotypes of the neighboring and other countries in the geopolitical context. The fourth ‘dimension’ is a result of the political decisions considering national security issues. Russia’s political leaders connect food trade to national security; therefore, ‘food insecurity’ is to a great extent manufactured for political reasons to bolster national security or (food) nationalism.