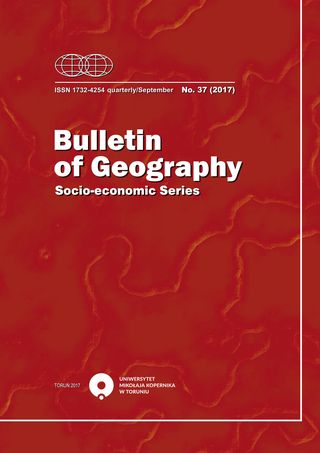 Summary/Abstract: Creative economies are at the heart of the knowledge-based economy. The main objectives of the study are to present the spatial design of the regional systems of creativity in Romania and to identify the evolutionary trends, by creating spatial models for key economic indicators, specific to such economic activities. This paper focuses on how creative economies are concentrated in the national network of settlements and how they differentiate in terms of regional profile. Consequently, a yearly nationwide database was created for 2000-2012, which includes four-digit creative economic activities, according to the Classification of National Economy Activities, for each administrative unit in Romania. The analyses, conducted for the same period, show a concentration of creative economies as a national polycentric network which includes the capital city and cities with over 300,000 inhabitants, as well as their structured territorial systems emerging around them, representing the local and regional polycentric networks. The analysis of the economic profiles highlights the growing share of creative economies in the national economy that tends to contribute more and more to the increase of the operational complexity of the local and regional economies.