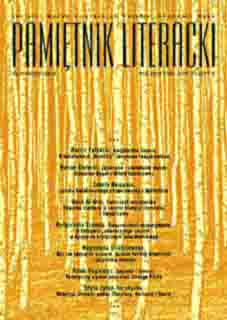 Summary/Abstract: The present sketch is aimed at an analysis of the relations between a literary report and literature. In establishing those connections it is vital to pay attention both to the diachronic changes showing the way a report and its producers over a span of centuries became independent from literature, as well as to the changes in the genre’s poetics. A likewise important element of the analyses in question is a focus on the autothematic statements by the writers themselves (such as Melchior Wańkowicz, Hanna Krall, and Ryszard Kapuściński) who, reflecting on the frames of the genre, many a time touched the issues connected with journalistic and artistic forms interaction.