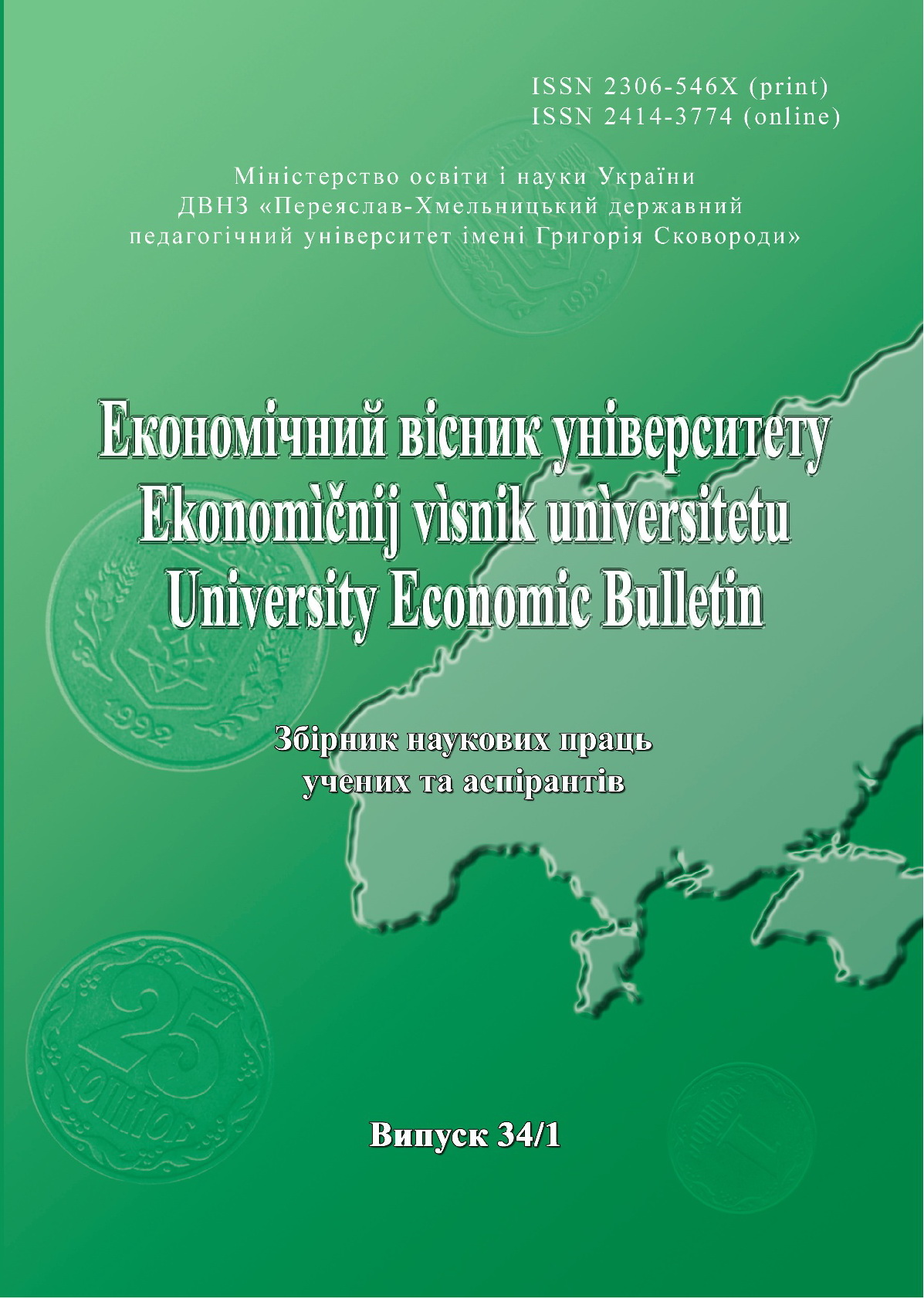 Summary/Abstract: The subject of research are theoretical and practical issues role of taxes in the implementation of social functions of the state. Aim of the study is to evaluate the tax revenues to state and local budgets of Ukraine as the basis for the implementation of a government social function. Research methods. In the work of the applied set of scientific methods and approaches, including systemic, comparative, graphical, allowing to realize the conceptual unity of the study. Results. The article presents the assessment of tax revenues in the Consolidated budget Shows that taxes are the basis of realization of social functions of the state. Identified problems and ways of filling state and local budgets for implementation of social functions of the state. Scope results. The system of state financial regulation, budget policy, tax policy, social policy. Conclusions. Summing up the study, we can conclude that the economic situation of the country, and thus the level and dynamics of tax revenues, requires continuous monitoring and research aimed at the prevention of unwanted for the country's development outcomes. Analysis of tax revenues of the Consolidated budget of Ukraine shows that they are unstable. On the tax revenues significantly affects the dollar, the lower it is, the more tax revenues the higher, the less tax revenues. In 2014 tax revenues to all budgets has been relatively stable, and starting from 2014, they had a downward trend. Significantly, it was also influenced by the existing political conflict in the Eastern Ukraine and the worsening economic situation in the country (reduction in value of the national currency against foreign currencies). During the study it was found that the average tax revenues of the Consolidated budget of Ukraine in 2012- 2016 decreased by $ 4 billion, or 13.67 per cent. Reforming the current tax system should proceed gradually. The main directions and goals of tax reform should be the creation of effective fiscal conditions for business development and recovery of the national economy; reducing the tax burden on the wage Fund; reduction in rates of direct taxes; simplification of administration of taxes and fees to the budgets for the legalization of business; the establishment of fair taxation rates in relation to business entities; introduction of the moratorium for five or more years with respect to changes to the tax law to restore the country's investment attractiveness. Reform in the tax system should be guided by scientific development and research, statistical analysis and calculations. The tax system of Ukraine should be transparent, stable and flexible to increase revenues to the State and local budgets of Ukraine as the basis for implementing state of its social functions.