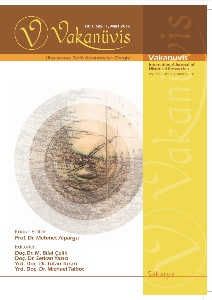 Summary/Abstract: This article reviews the writing and translating processes of famous book "History of the Ottoman Empire" of Austrian Baron Joseph Hammer-Purgstall, who is one of the most important orientalists in the German speaking area. Although this work had been translated immediately after the publication into several European languages, since the 1830s, could only be translated into Turkish just in part in the early 20th century. Even though the process of the translation of "Hammer History" into Turkish language targeted at the period of Sultan Mahmud II., the first serious translation was published between the years of 1911-18 by Mehmed Ata. Ata’s translation serve as a basis for all following translations. However, while Ata had translated the book instead of German language, through its French translation and all subsequent translations followed the same path, the turkish "Hammer History" has significant differences according to the original work. Whereas through translation to translate is already problematic, huge destructions and falsifications due to French translator Hellert’s disloyalty to Hammer’s book has been transferred to Turkish. In Turkey this unfortunate misguidance is caused to misidentification of "Hammer History" and attribution of Hellert’s personal additions and interventions to Hammer. In this article has been stated the writing and translating processes of Hammer-Purgstall’s "History of the Ottoman Empire" and the problems of translations with the help of Hammers personal memory, which is in the Archive of Austrian Academy of Sciences, the documents of Prime Ministry Ottoman Archives, Hammer’s works and different translations of "History of the Ottoman Empire" and also secondary literature.