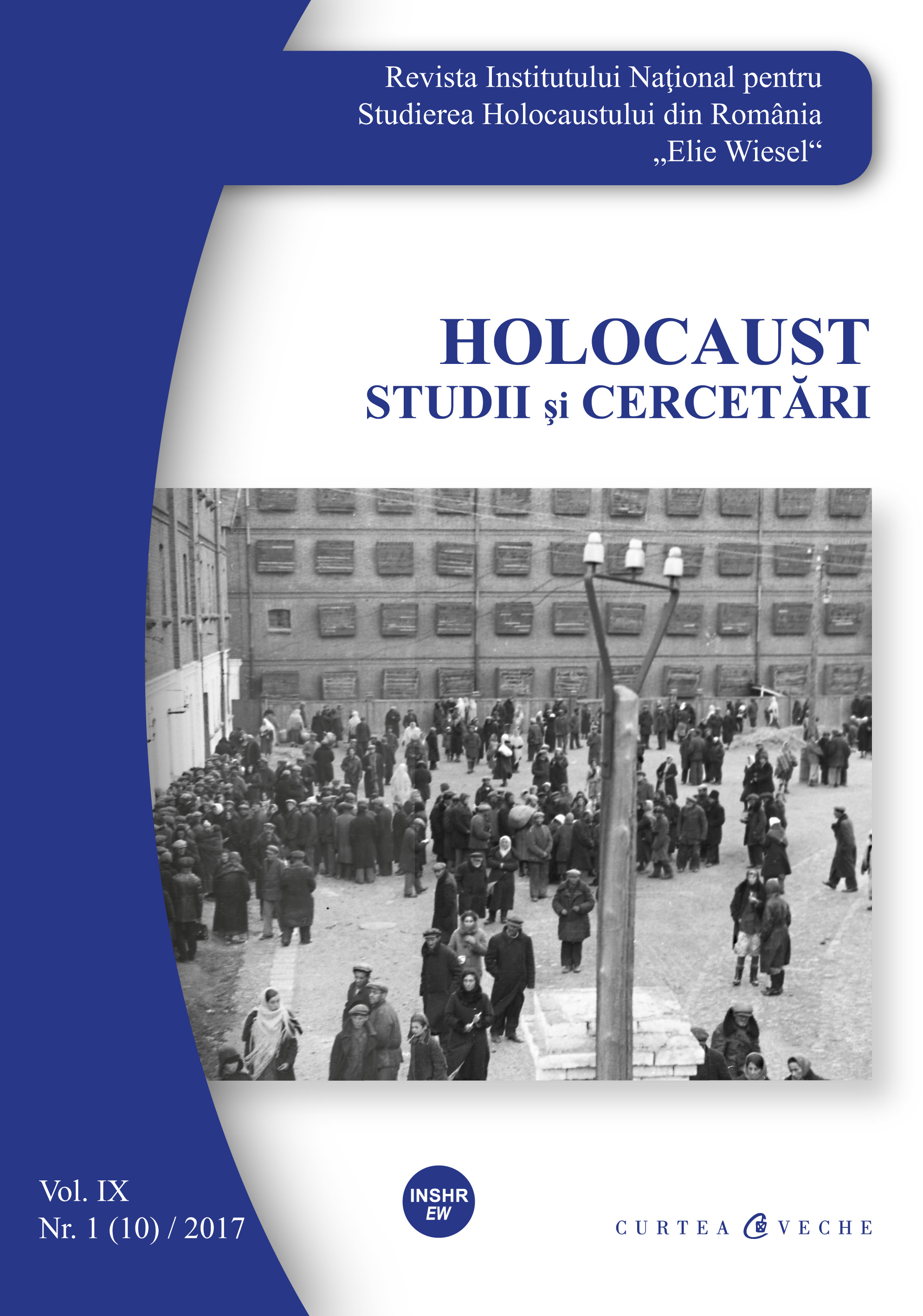 Summary/Abstract: The mass murder of as many as 6 million Jews in the Holocaust during the Second World War was one of the main shocking events of the 20th century. The Holocaust unquestionably had many diverse cultural, social, and psychological effects, many of which have been studied by scholars. Notwithstanding, it appears that the socio‑economic consequences of the Holocaust for long‑term economic development have not previously been examined in depth. In order to create a productive middle class part of an ideal society based on ethno‑nationalism, the Antonescu regime (1940‑1944) pursued Romanianization – a policy of excluding “foreigners”, especially Jews, from the economic domain, through property and business seizure and exclusion from employment. Romanianization was a manifestation of greediness, corruption, opportunism, antisemitism and ethno‑centered policy, the government’s central domestic project under Ion Antonescu. Given the fact that such particular implications of Romanianization were insufficiently explored, in both Romanian and European socio‑economic literature, it is scientifically relevant to properly investigate the emergence and development of Romanianization by taking into account its individual manifestations. In this article we investigate some of the socio‑economic implications of the Romanianization policies, a dark and insufficiently researched chapter of the Holocaust.