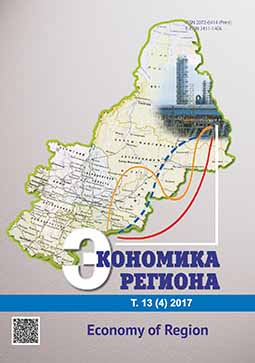 Summary/Abstract: The paper deals with the issue of disparities in the tax revenue and yield coefficients of individual regions of the Czech Republic in the period from 2005 to 2014. The subject-matter of the research are the income taxes and the value-added tax, which are important tax revenues of public budgets and the source of financing of the regional and municipal budgets. For a comparison of the regions, the spot method is used. According to the results, the ranking of the regions is compiled. The spot method is based on the model region, which reaches the maximum values of a selected indicator. Furthermore, we calculated the indexes of revenues, along with yield coefficients of the value added tax as well as the corporate and personal income tax for each region. Tax revenues are affected in particular by legislative changes, but also by geographic, demographic and socio-economic differences among the regions. The authors have verified an assumption that individual regions have the same position in terms of both investigated variables. This assumption was not confirmed. It was found that the order of the regions for the examined variables was different. On the contrary, regions with a high share of tax revenues have low values in terms of tax yield coefficients.