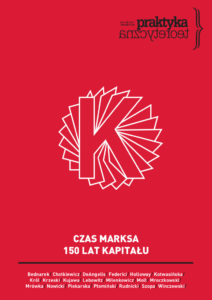 Summary/Abstract: This article is an attempt at a simultaneous reading of Marx and Spinoza. We venture to show that the immanentistic ontology and the political anthropology of the latter enriches the critique of capitalism with a better understanding of a subjectivity’s function in the process of creating dominance. At the same time we view this process as incomplete. This view is enabled by the use of Spinoza's concept of imagination, which is crucial to our endeavour. Imagination is understood as an ambivalent conductor of affects, which, according to the communicated desires, can work to the effect of both subjectification and emancipation. To prove its usefulness we inspect Marx's analysis of primitive accumulation, as presented in the history below, in which we highlight the visions of equal order and their relevance to the protoproletarian resistance against emerging capitalism. Consequently, we show Spinoza as an author who proves helpful in the task of re-reading capital, not from the transcendental point of view, but from the autonomistic one. This type of lecture focuses on the productivity of resistance, seen as an inherent element of capitalism, existing in-beyondand-against it.