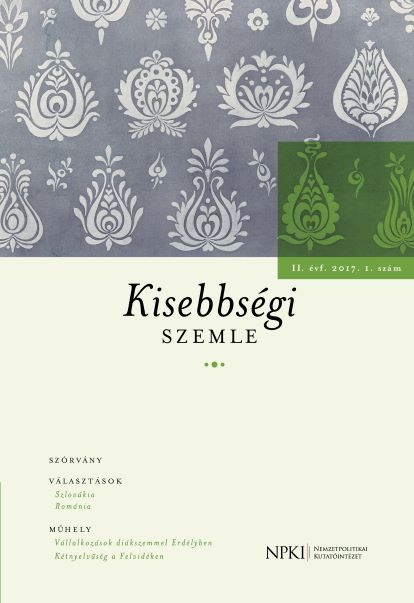 Summary/Abstract: The aim of this study is to analyze the exit polls of the parliamentary elections in Slovakia held in 2016 with regard to the ethnic Hungarian data. Around 83% of the ethnic Hungarian electorate voted for either the Party of the Hungarian Community (MKP - SMK), or the Most-Híd party, however, almost every sixth Hungarian voter supported one of the non-minority Slovak parties. Exit poll data showed that a relative majority of Hungarian votes was received by the MKP and a slight majority of Most-Híd voters were in fact ethnic Slovaks. The paper argues that in contrast with the estimations made by various analysts, in this election the MKP became the most popular choice among the younger and highly-educated ethnic Hungarian voters.