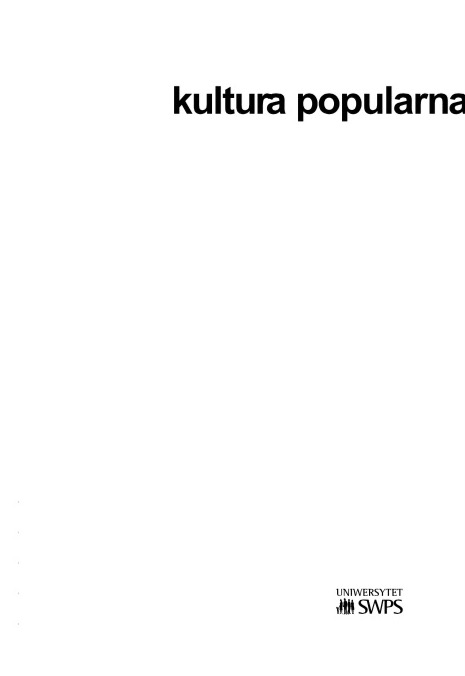 „Jestem zwykłym ludzkim automatem”. Figura człowieka-maszyny w tekstach polskich zespołów pierwszej połowy lat 80.
“I am an ordinary man-machine”. The figure of a man-machine in the lyrics of Polish bands of the first half of the 80.

Summary/Abstract: The figure of a man machine (a cyborg, an android) is a metaphor of social attitudes represented in art relatively frequently. In the paper the problem of the presence of man machine in popular culture is analysed on the basis of the lyrics of Polish rock bands of the first half of the Eighties. The man machine is present in the songs performed by both mainstream culture groups (Mech, Exodus, and Kapitan Nemo), and underground bands (Dezerter, Rejestracja, WC, Bikini, Defekt Muzgó, Republika, and Rezerwat). Such a figure is present in the lyrics as two sets of references. The first one is concentrated on the representation of an individual perception of reality: an android is aware of its fate and serves as an allegory of existential uncertainty of a real human. Secondly, a certain social perspective is used, as the lyrics presenting the activities of the political power indicate. People in power try to produce and shape the androids in political and cultural meanings: a man becomes a machine as a result of the activities of the power. This perspective includes the mass production processes in which an individual is a subject of multiplication, and a man machine is used for military or industrial reasons.