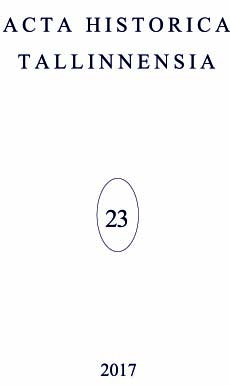 Summary/Abstract: This article discusses the use of the cult of the Holy King in the context of the Baltic Crusades at the end of the 12th century and in the early 13th century. The analysis is based on the account of the miracle of St Olaf performed in Estonia, the story of the King’s visit to the island of Gotland reflected by Gutasagan and the spatial relation of St Olaf’s churches to the landscape. It also discusses three Danish sources which have previously not received attention from historians dealing with the Baltic Crusades, but which actually can change our understanding of the history of the Baltic Sea region and the foundation of the town Reval as well. Particular focus will be placed on the commercial interest of the Danes in communication with the Rus’ and its reflections in the building of St Olaf’s churches.