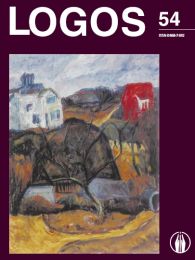 Summary/Abstract: The article discusses Thomas Aquinas’s polemics with Jewish-Arab thinker Solomon ibn Gabirol (lat. Avicebron). Aquinas focuses his critique on the hylomorphic structure of the simple substances postulated by Avicebron. But the analyses and comparison of the texts of both the thinkers lead us to the more fundamental philosophical problem of relation between simplicity and complexity, unity and diversity, one and many or, to be more precise, to the question, how it could be possible to derive diversity from the absolute unity? It seems that Aquinas derives diversity directly from the First Principle but corrupts its simplicity introducing into it Aristotelian causes. Avicebron preserves the unicity of the First Creator by deriving the diversity of the world from two secondary principles: the universal matter and universal form. However, in both cases we observe the solution of the problem by means of creating similar problem in another place: Aquinas has to speak of the absolutely simple triune First Being; Avicebron - of the simple composed substances. We conclude that these oxymoronic concepts of the medieval thinkers could be treated either as manifestation of ultimate logical incompatibility of Platonism an Aristotelianism with theism or as the metes of rational human knowledge beyond which the realm of mysticism and pure faith starts.