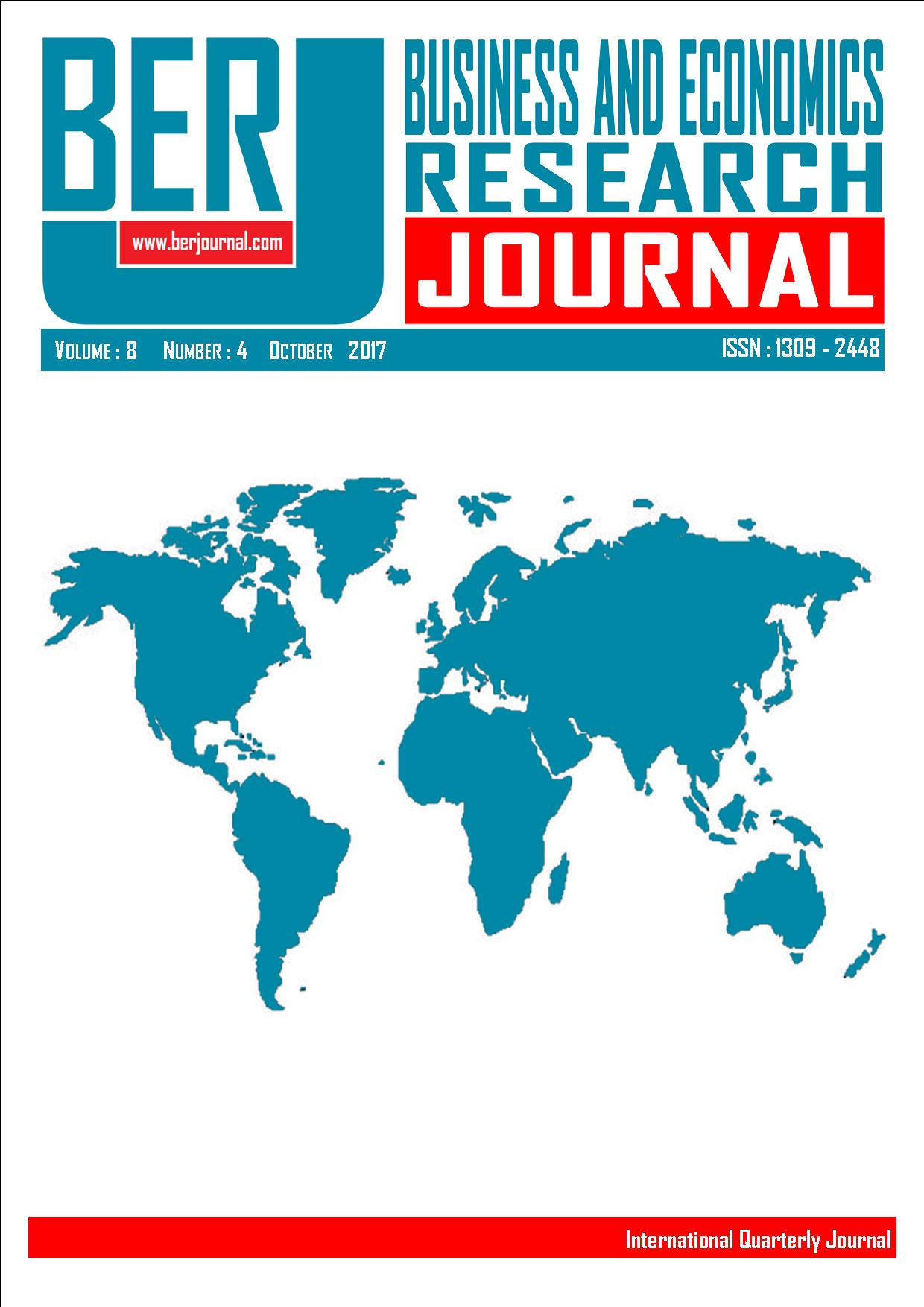 Summary/Abstract: In the study, the maximum drawdown criterion frequently used by investment specialists and fund managers in the practice of risk factor measurement was carried out. Within the scope of the study, Risky, Non-Risky and Equally Weighted portfolios have been established with the stocks listed on BIST100 and S&P500 indexes. The weight of each stock in the portfolios whose performance was measured for the year 2016 was arranged according to the expected maximum drawdown. With the aim of determining the highest expected drop points, daily returns of associated stocks between January 1, 2010, and December 31, 2015, were utilized. As a result of the study, it was confirmed that for the BIST100 index, the non-risky portfolio provides the highest return as opposed to expectations, while for the S&P500 index, risky portfolios provide the highest return in parallel with the expectation. When we look at 2016 as a year when sharp declines were experienced for the BIST100 index, it is possible to say that the non-risky portfolios yield higher returns correspond with the expectations. Finally, it has been determined that non-risky portfolios created from stocks in related indices performed better than other portfolios according to Sharpe (1966) and Treynor (1965) performance indexes. When examining the performance outputs of portfolios formed by both indexes for 2016, it is possible to say that the predictions of investors who prefer low risk have been realized.