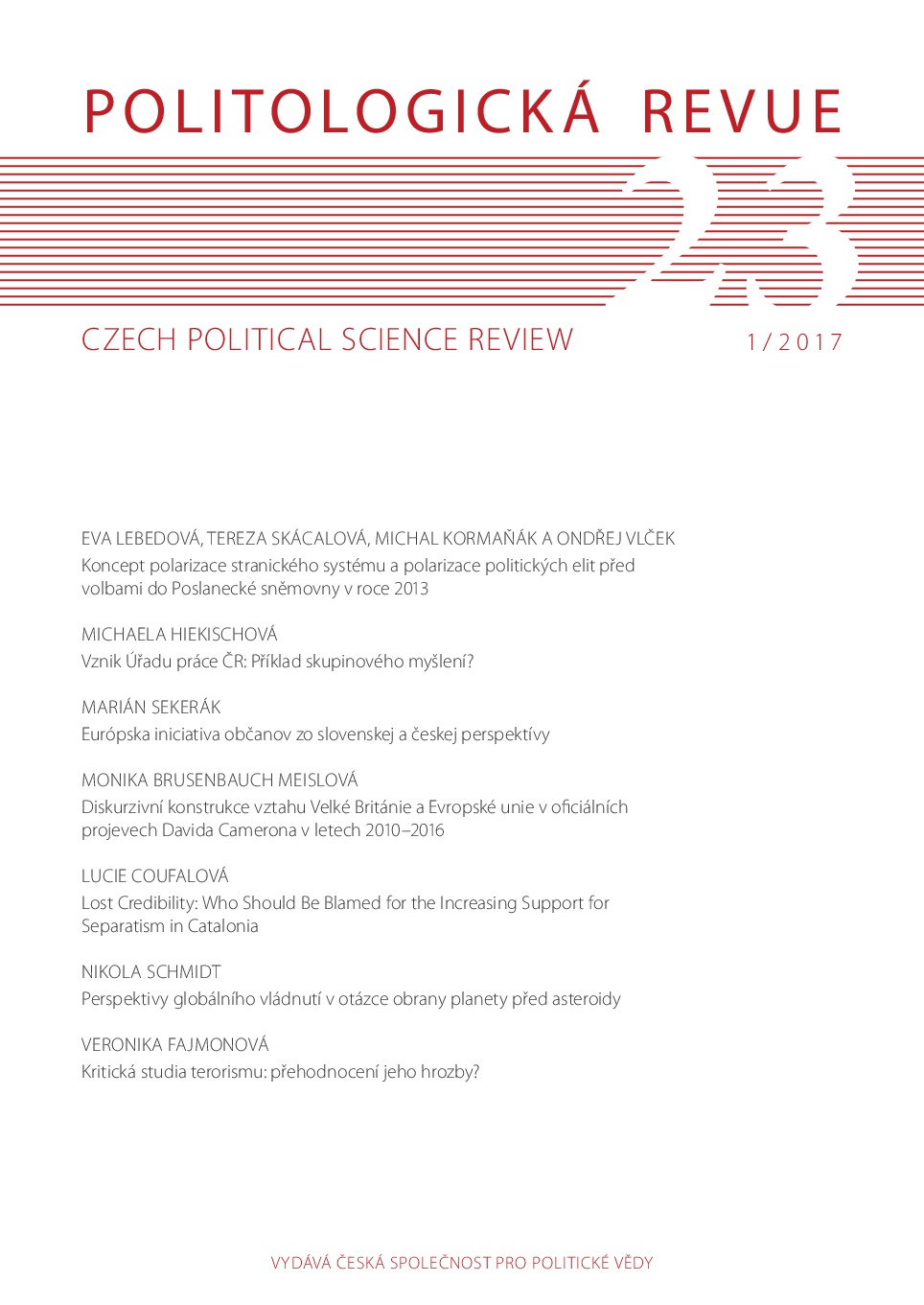 Summary/Abstract: The article analyses perspectives on global governance of planetary defence against asteroids under the circumstances of its current conceivable technological solution, namely the relation between technological requirements for such a project and four ideal global governance models. The author first analyses the principles of orbital mechanics and technological solutions of asteroid deflection; he argues that we do not have much chance of dealing with the asteroid threat without the authority of democratic cosmopolitan character responsible for technological development and in-space asteroid deflection infrastructure operation. The topic is studied prevalently on the theoretical level; however, the analysis is also supported by current dynamics and dilemmas of international cooperation of national space agencies and other actors. The article concludes that the discussion of the fundamental threat of asteroid collision with Earth has the potential to stimulate the emergence of an internationally respected cosmopolitan authority focused on particular global threats – it may have a constitutive effect on the emergence of international organizations or other political entities or regimes. This can have an impact on the current international system of nation states in the so-called semi-cosmopolitan model as the authority has higher chances to emerge in territories not under control of states – in the outer space. We talk about an environment in which any solutions related to security threats are solvable only in the setting of perfect cooperation. The article argues that to avoid anarchy, the current development of commercial space infrastructure will need a solid regime with global overseeing authority without erratic national governments. Finally, the strategic interests of nation states to participate and avoid exclusion from the elite club will slowly push them to support the semi-cosmopolitan model as it is the only way how to avoid hegemonic government of one powerful nation state.