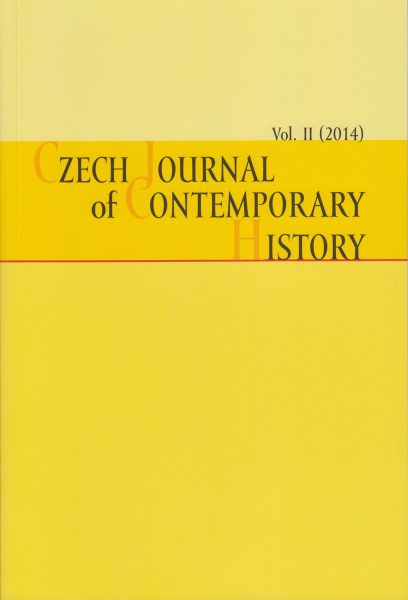 Summary/Abstract: This article discusses the birth and early dynamics of Czech post-Communist anti Communism. It is based on the recognition that during the political takeover in November and December 1989 the policy of radical discontinuity remained a marginal, practically invisible and inaudible phenomenon in the mostly restful period of civil unrest. In the generally shared atmosphere of “national understanding,”which led to the historic compromise between the old, Socialist regime and the new,democratic regime, there was no room for a policy of radically settling scores with the Communist Party and the past. It was all the more surprising, therefore, when demands along these lines (the relinquishing of Party property, the outlawing of the Party, the punishment of criminal and treasonous politicians) appeared as if out of nowhere as early as the beginning of 1990, and then intensified. Memory was awakened and its numerous previously buried levels now emerged in public life.The incursion of the dark, unrecognized, and unprocessed past into the artificial reality of historic compromise caused frustration with ethics in the ranks of then ascent political élite. It was but a small step from the political prisoners’ awakened memories of crimes committed by the recently defeated regime to the now current problems with the “nomenclature brotherhoods” and “Communist mafias” in the provinces and in businesses throughout the country. Calls for a thorough settling of scores were heard with increasing frequency from Civic Forum, the victorious political movement, and they eventually became the catalyst of the pronounced division within the Civic Forum. But these calls never turned into a decisive political strategy and they managed to hold a dominant place only in the programmes of the less important parties and organizations like the Club of Politically-Engaged Non-Party Members (Klub angažovaných nestraníků – KAN) and the Confederation of Political Prisoners (Konfederace politických vězňů). After the break-up of the Civic Forum in late 1990 and early 1991, radical anti-Communism ran out of steam, and the right-of-center political parties that emerged from the erstwhile Civic Forum – primarily the Civic Democratic Party, the Civic Democratic Alliance,and the Christian Democratic Party – adapted the originally radical demands to a realistic policy of compromise based on the fact that the Communist Party of Bohemia and Moravia, with the support of more than ten per cent of the electorate, remained a part of the democratic political system. The largely ignored sense of frustration with morals, stemming from the fundamental contradiction between the ideal (that is, comprehensive) possibilities of a policy of settling scores and the real (that is, limited) possibilities, was put off for later years, and remains a public problem to this day.

Foucaultův příchod do Čech „Archeologická" a „genealogická" metoda z perspektivy historika The Arrival of Foucault in Bohemia: The 'Archaeological' and 'Genealogical' Methods from the Perspective of an Historian 2004 Rok 2007 – rok Charty 77 Zpráva o akcích k třicátému výročí Events Marking the Thirtieth Anniversary of the Charter 77: A Report 2007 Politické hry s „nedokončenou revolucí“: Účtování s komunismem v čase Občanského fóra a po jeho rozpadu (1989–1992) Political Games with the ‘Unfi nished Revolution’: Settling Accounts with Communism during and after the Civic Forum, 1989–92 2009 The Czech’s Communist Past as a Moral and Political Problem The Czech’s Communist Past as a Moral and Political Problem 2010 Rozłam pomi´dzy „totalitaryzmem” a „demokracjà” Czechosłowacki rok 1989 – mozliwoÊci The Turning-point between ‘Totalitarianism’ and ‘Democracy’: Hypothetical Outcomes to Events in Czechoslovakia in 1989 2011
2021 © CEEOL. ALL Rights Reserved. Privacy Policy | Terms & Conditions of use
ICB - InterConsult Bulgaria ver.1.5.2329