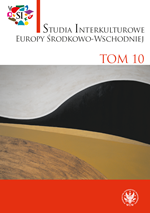 Summary/Abstract: The article presents the figure of Karl Dedecius (1921–2016) by exploring hisactivity as a translator and ambassador of Polish – but also Russian – literatureand culture in German-speaking countries (mainly Germany). Having spent hisyouth in pre-war multicultural Łódź and – after the outbreak of WW II – havingbeen a prisoner of war in Soviet camps, in December 1949 Dedecius moved to theGDR, from where he fled three years later with his family to West Germany.For 25 years he had divided – his life between literary translation, notably poetry,work as an insurance agent and family matters, and after retiring he managedto set up the Deutsches Polen-Institut, a non-governmental institution devoted tothe popularisation of Polish literature in Germany, which he led in the years1980–1998. As one of his close collaborators states, Dedecius’s editorial legacycomprises about 200 books which he either translated, wrote or edited, withpoetry translations and literary essays being the core of his literary activity.He rendered some 3,000 poems of roughly 300 Polish poets into German andcomposed ca. 10 books that present and analyse – chiefly the 20th-century – Polishliterature; some of them also contain essays on translation, fragments of whichare cited and commented in the present article. Another important sourceand basis of considerations is Dedecius’s autobiography Ein Europäer aus Lodz[A European from Łódź], which explains the background of the author’s life atits different stages.