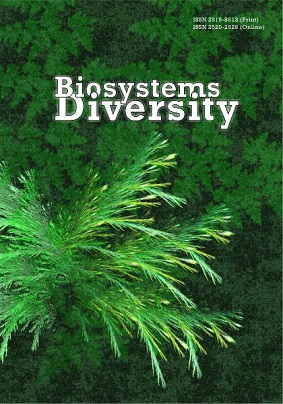 Summary/Abstract: Pustynsky State Natural Reserve of Regional Importance (area 19,730 hectares) was established by decree of the administration of Nizhny Novgorod oblast on September 16, 2013. It is located in the Tyoshe-Seryozhinsky karst area of the Oka-Sura karst region or Seryozhe-Panskoy karst lake district. Its creation is justified by the need to protect the rare species of living organisms, diverse types of vegetation, unique landscapes and plant communities that are concentrated in this territory. Despite the fact that in 1934 on the shore of the Great Lake in the Staraya Pustyn village the biological station of the State University of Nizhny Novgorod was founded, local flora of the karst lakes which are linked into a single system by the channel of the River Seryozha, remains insufficiently studied. In 2014 and 2015 the authors conducted a study of the flora of the Pustynsky lake-river complex. The collection of material for study of the taxonomic composition of the flora of the reservoirs and the collection of herbarium material were carried out by the route method from a rowing boat and, in part, by traversing along the shore. Taxonomic, ecological (including the spectrum of life forms of plants) and ecobiomorphological analysis of the flora, including the analysis of the ratio of its latitudinal and longitude elements, was carried out in cameral conditions. The taxonomic analysis of flora showed 162 species of vascular plants from 61 genera and 42 families, 6 of these species – Najas minor All., N. major All., Trapa natans L., Potamogeton praelongus Wulf., P. trichoides Cham. et Schlecht. and Carex bohemica Schreb, being included in the List of Rare and Protected Species on the Territory of Nizhny Novgorod oblast. On the basis of the annotated list of plant species, taxonomic, geographic, ecological-coenotic and ecobiomorphological analysis of the flora of the water reservoirs was made. We confirmed that the flora of the lake-river complex is traditional for this territory. Poaceae, Cyperaceae, Potamogetonaceae, Polygonaceae and Asteraceae belong to the dominant families and Potamogeton L., Carex L., Juncus L. and Salix L. belong to the dominant genera of the Pustynsky lake-river system. The level of the hybrid component of the flora is extremely low, which is typical for the watershed lakes. We found that a 6.5 km stretch of the Seryozha River accounts for about 30% of species of the vascular plants belonging to the flora in the Volga River basin. The high species richness of the flora of this territory is due, primarily, to the specific features of the shoreline, forming a broad range of habitats and the relatively stable water level regime despite the strong fluctuation in the level of anthropogenic pressure. We found that boreal and plurizonal elements dominate zonally but Holarctic and Eurasian species – regionally. The predominance of species typical for the ecotone zones of lakes (hygrophytes, hydrophytes and mesophytes) is an integral feature of the ecological-coenotic diversity which is characteristic of the Volga River basin. According to the Raunkiaer classification of life forms, hemicryptophytes are the most numerous group and the hamephytes are the least numerous one. A biomorphological analysis shows the predominance of vegetative mobile, clearly polycentric and vegetative immobile monocentric ecobiomorphs.