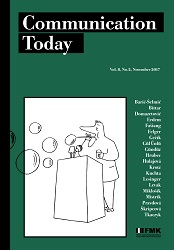 Summary/Abstract: Ever since it was first aired in September 1999 in the Netherlands, the Big Brother television show became the world’s most famous and most widely-held reality show franchise with up to 400 broadcast seasons in more than 70 countries. Since strong competition emerged in the mean time in the form of many other reality shows, owners of the Big Brother franchise are constantly trying to ‘refresh’ the concept in various ways to maintain its popularity and ratings. Thus, several production companies and commercial televisions from the former Yugoslavia region, all of them license owners authorised to produce the show, decided to organise an international or, more accurately, regional Big Brother show from September to December 2015. The producers gathered a total of 19 contestants from five countries with similar spoken languages – Croatia, Serbia, Bosnia and Herzegovina, Montenegro and Macedonia – almost half of whom were somewhat bizarre members of socially sensitive, so-called marginal groups of citizens (a homeless person, a prostitute, a transgender person, a Roma family and others), which caused strong and divisive public reactions in the mentioned countries. The authors conducted an analysis of the content of the show broadcast over a period of one month in order to find out whether and to what extent these members of marginal societal groups were used to promote and increase viewer ratings of the show. At the same time, they followed the viewer ratings and, to a lesser extent, the public opinion on the show in Croatia. In the theoretical part, briefly, terms such as “marginal groups of citizens”, “celebrity culture”, “spectacularization of society and media” and “reality show” and the concept of television and its convergence with new, digital media formats have been elaborated. The objectives of the research were to determine whether the show’s license owners succeeded in their somewhat controversial approach to halt the trend of decreasing viewer ratings, and whether the concept of Big Brother and reality shows in general have been somewhat ‘worn out’, at least in South East Europe.