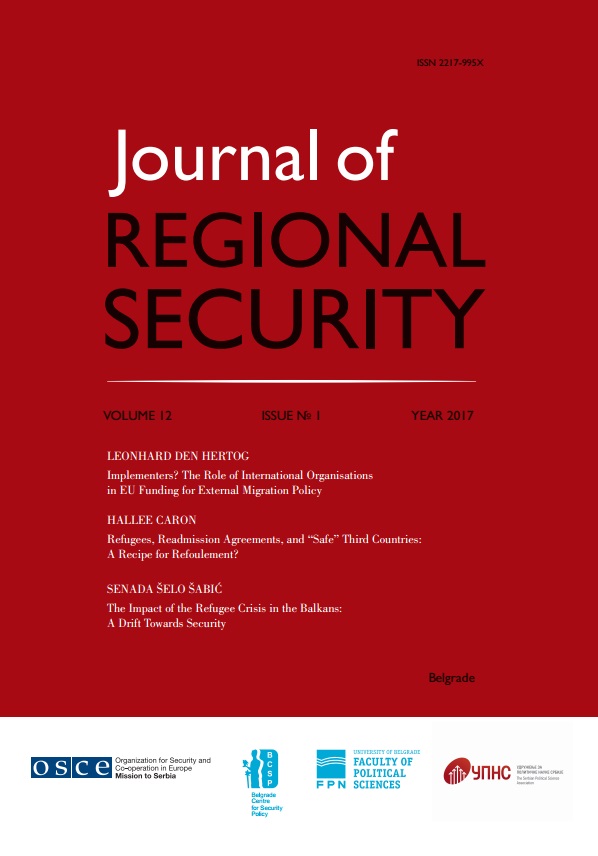 Summary/Abstract: During the course of approximately one year – from early 2015 until March 2016 – over 800,000 people crossed four countries on the Western Balkan route: Macedonia, Serbia, Croatia and Slovenia. These countries’ ability to organize the refugees’ transit in an orderly manner was described as a humanitarian approach. Due to the transit nature of the passage of the refugees, the crisis could have been seen as having little impact on the countries beyond technical issues like registration, accommodation and transportation. This article, however, looks at what happened on the ground as the crisis was developing and in the year following the closure of the refugee route. It claims that the securitization of migration took place as a consequence of the refugee crisis. However, the securitization of migration in the Balkans has certain specifics. What kind of security discourse developed, and which policy measures were adopted? These aspects are analyzed in this article.