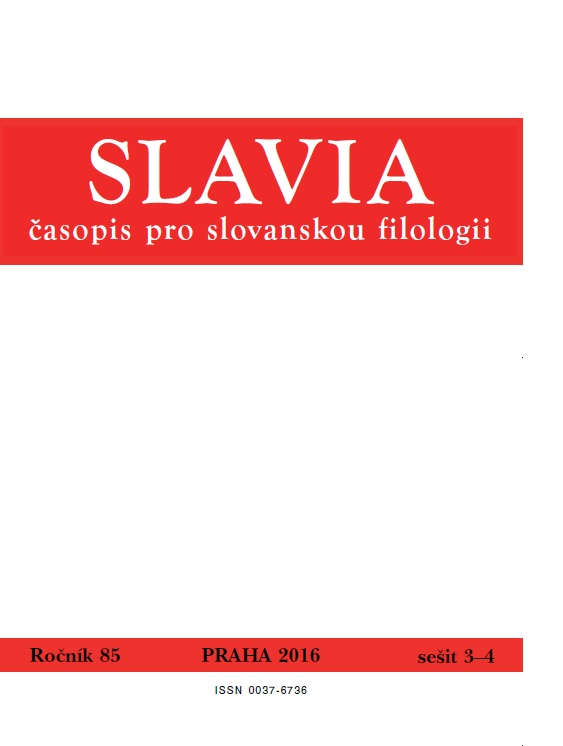 Summary/Abstract: This paper is based on Genesis 49 and touches upon the issue whether there is a possibility that Old Russian bookmen were familiar with rabbinic exegesis of the Holy Scripture. The first relevant text is the apocryphal "Jacob’s Blessing to His Sons", which is known according to the Palaea Interpretata written probably in the 13th century. The text contains a discussion with a Jew who believes that Jacob’s prophecy to his son Dan refers to Samson; but an Old Russian bookman supposes that a descendant of Dan was to be the future Judaic Messiah. This idea could have been adopted both from the Byzantine literature (e.g., St. Hippolytus of Rome) and from the medieval rabbinic literature, as this text contains the Slavonic Hebraism mašljah borrowed directly from Hebrew, with no Greek mediation. The second relevant text is the Slavonic- -Russian Pentateuch edited according to the Masoretic Text probably in the 15th century. There are several exegetic glosses near the names of Jacob’s sons: along with ‘Dan => Samson’ (also in the Semitic form Šamišon), one can find there ‘Zebulun => harbor,’ ‘Issachar => (gentile) sages,’ and ‘Benjamin => Saul and Mordecai.’ These comments have occurred in the rabbinic literature since Genesis Rabba (the 5th century), and later, e.g., in Rashi’s Commentary on the Tanakh (the end of the 11th century).