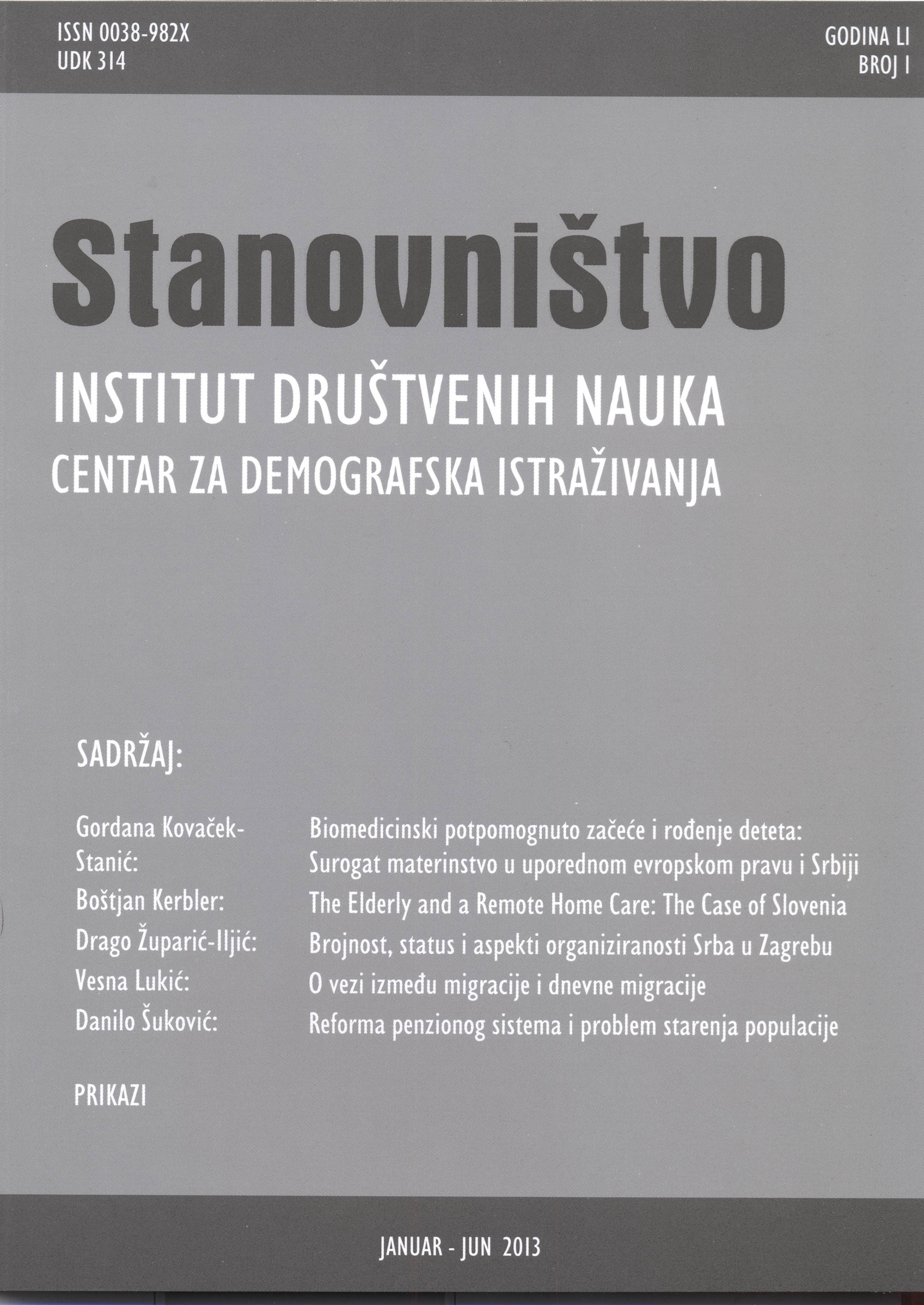 Summary/Abstract: This paper analyzes the far-reaching changes on social plane caused by aging population which endanger social security for old people, especially in times of global economic crisis and major changes in the labor market. A special emphasis is given to the economic unsustainability of the pension system in Serbia, where the ratio of the aging population and the working population is very unfavorable, and where high unemployment and weak economic growth threaten an aging population and increase the poverty. The analysis shows that pensions in Serbia in recent years have a real decline, and their relation to average earnings is still unfavorable despite large subsidies from the state budget which last years covers about 50 % of the expenditure for pensions. The second part of the paper discusses the advantages and disadvantages of PAYG (pay as you go) pension system and private pension insurance. The advantage of PAYG pension system is that it protects the retired persons' savings which would not be lost due to extraordinary market circumstances, such as wars, high inflation, etc. This system avoids the risk of a failed investment opportunities, which is the biggest weakness of private pension funds. In addition, the population trust this system believing that the government will not allow them to live in poverty when they get old. The key advantage of the private pension system is that this system realizes the economic function of pensions, because contributions paid are saving for their old age. Also, the placement of pension contributions to the capital market increase the return on investment and total government savings, which contribute to higher economic growth. Advantages of one pension system are actually weaknesses of another. Since the system "pay as you go" has proved ineffective to provide pension funding for the elderly population, which is increasing due to longer life expectancy, and its relationship to the working population is more unfavorable, it is necessary to introduce the pension reform, which has already more or less successfully implemented in many countries of the world. Globalization and especially the global economic crisis have made this issue particularly urgent. Finally, it is noted that the pension reform in Serbia should not just include leaving the system "pay as you go" and a gradual transition to a private pension plan. Also, it is necessary to implement the long overdue economic reforms to achieve significant long-term economic growth, because only higher economic growth can create the material conditions for desired changes in the pension system.