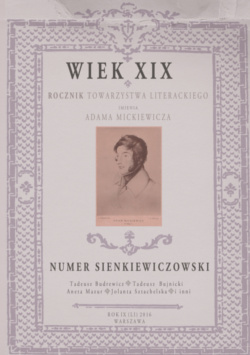 Summary/Abstract: It is no coincidence that the expression “Eternal Feminine” (coined by J.W. Goethe) is contemporary to the Western attempts of female emancipation. At the moment when the model of a woman existing only in dependence on a man begins to be called into question, the category of the Eternal Feminine helps to reaffirm this model while investing it with positive values. It is the nature of women to be submissive and devoted, and these qualities make her the depositary par excellence of any potential saving grace. Karolina Světlá, one of the greatest figures in the struggle for equal rights of men and women in Bohemia in the nineteenth century, has recourse nevertheless extensively in her literary work to this model of a woman who sacrifices herself for a beloved man. Would her theoretical texts and her activities in favor of the emancipation of women perhaps be in contradiction with her literary texts, which at first sight seem to be so conventional? The author aims to answer this question with the help of a careful reading of one of her most Faustian tales, “The Black Mullein”