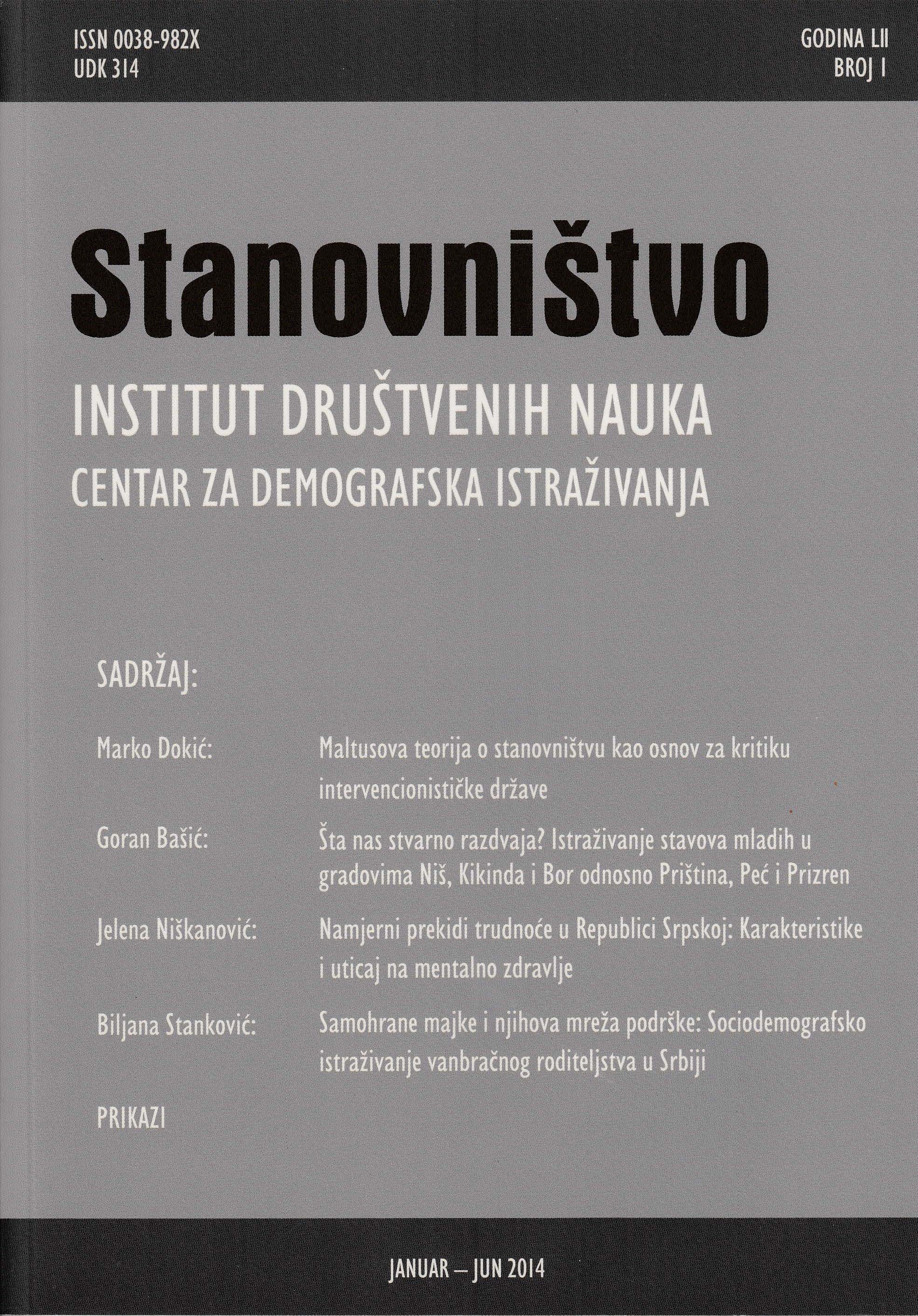 Summary/Abstract: The results of the survey point to a high level of agreement among youth aged between 15 and 25 years of age, high school and college students, employed and unemployed youth, men and women in the cities of Pec, Pristina, Prizren in Kosovo, and Bor, Kikinda, and Nis in Serbia, on whether the question of mutual cooperation is burdened by prejudice and events from the past, and that the possibility and the quality of cooperation is influenced by the attitudes the receive in their primary social groups such as families and peers, and also by the attitudes they receive through education and media. At the same time, the possibilities to influence the social and political change aren’t big, and the youth have no desire to take the concrete civic or political initiatives.A certain perspective in cooperation the youth see in the European constellation and the good quality education. However, youth on both sides are not open to more intensive mutual meetings – the majority would not either host peers from the other communities gladly, nor they would respond to their invitation of hosting. They are not interested in cultural values of one another, but they do think respect of human rights should be guaranteed and they are ready for toleration of differences.The necessity of youth cooperation is important for overcoming the problems that citizens of Kosovo and Serbia are facing when it comes to exercising numerous rights, which from the perspective of individual freedoms collide with the concept of state reasons and "higher" interests. The regional stability depends on overcoming the issues that governments in Serbia and Kosovo have concerning Kosovo’s status, and also from setting a network of individual and group relations among the citizens. Youth should be the carriers of social and cultural changes. In the stated attitudes there is no direct objection to such processes, but fear of changes is clearly expressed because indirectly it can be concluded that there is no mutual "collective" trust, that the prejudice are strong, and that the existing educational, cultural and media systems are supporting them. Having determined a high level of mutual non-acceptance of youth and their approximately same attitudes on the impossibility to influence the decision making more strongly in their family, social, and political communities, but also their personal ambivalence toward civic and political activism, let us try to, solely based on their statements, decide on the basis of designing the programs necessary for overcoming the present state.One of the main initiators of the social change are the content citizens, which means a personal and social economic stability, acquiring human and civil rights, efficient protection by the courts, receiving good services from the public service, responsible civic society – a rule of law and a state of law. Much of the above listed in the region, and especially in the territories, in which the survey was conducted, is missing. To effectively and efficiently influence the stream of social and political flows toward the mentioned goals, young people should acquire a certain vertical social mobility and to influence the changes based on the positions they acquire in it. The key question is based on which values should their social and professional mobility be influenced.