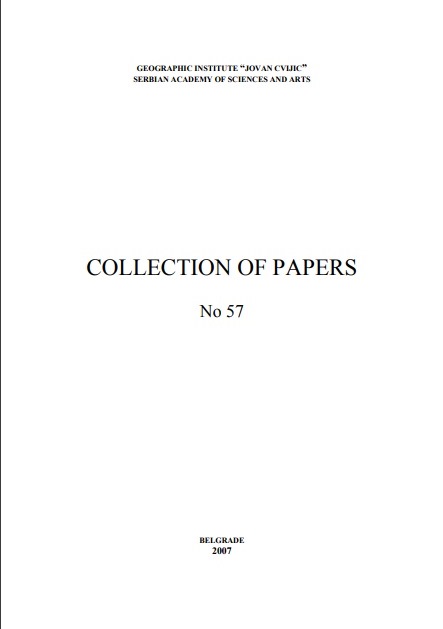 Summary/Abstract: Aim and sense of cartographic modeling is to represent essential, typical and characteristically attributes of mapping territory.Cartographic modeling is applying in two phases: 1. trough theoretical modeling and creating mind models (by notice relevant factors of space, modeling is in cartographer’s mind) and 2. trough practical modeling and making prototype model (continuing and objectification of mind model) which one has bigger degree of concrezation and experimented role.The maps are mathematical and logical models, which are not just representing the contents of the real space, but also their specific and relational traits which can’t be seen at first sight.Atlas is modeled contexture contents of treated thematic of space on optimal map union. Atlases are higher form of cartography.Modern computer's technology and specific software make possible better and faster making of all kinds of maps, atlases and spatial analysis connections and relationships among all elements of contents from concrete space which is, until now, demand much more time or they can not imagine.