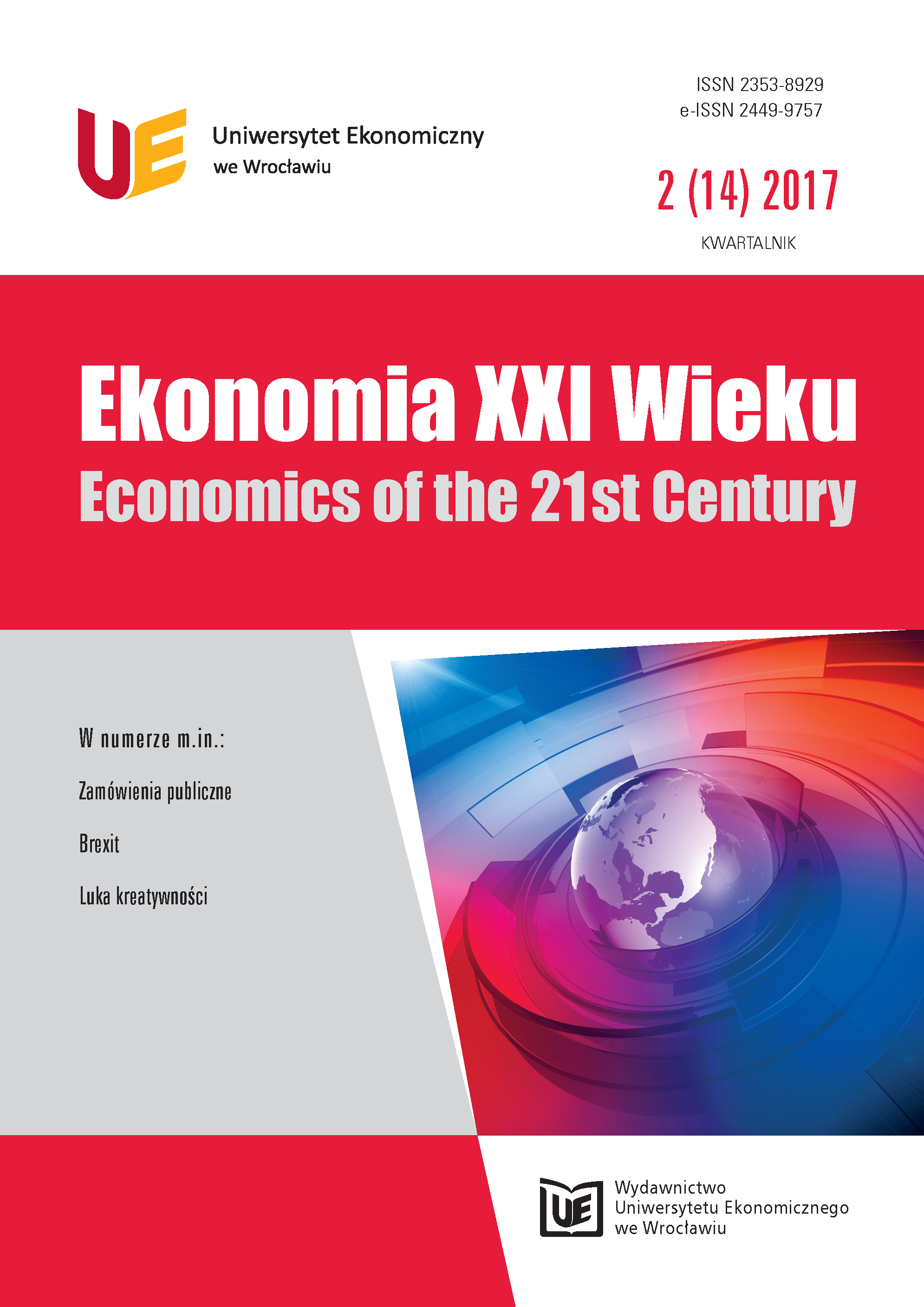 Summary/Abstract: Brexit, that is leaving of the UK from the EU is a precedent in the sixty-year history of the EU and it opens the undoubtedly new chapter for Europe and its process of unification. So far the community has only extended to new members, it is now reduced by one of the most important partners. Brexit will affect the shape of course not only of European integration, but also the whole world economy as part of a regeneration trends to protectionism and putting up new barriers. This article is one of the first attempts to short term analysis and the most important economic consequences of Brexit. The author in their research uses a known methodology of non-Europe, taking into account the fact that the costs and benefits of Brexit significant impact will have a future agreement between the EU and the United Kingdom. Brexit will bring higher costs than benefits resulting from the reduction in trade, the capital movements and people between the EU and the United Kingdom. The potential cost of the UK leaving the EU can also be unpredictable knock-on effect both for the UK and other EU Member States, including Poland.