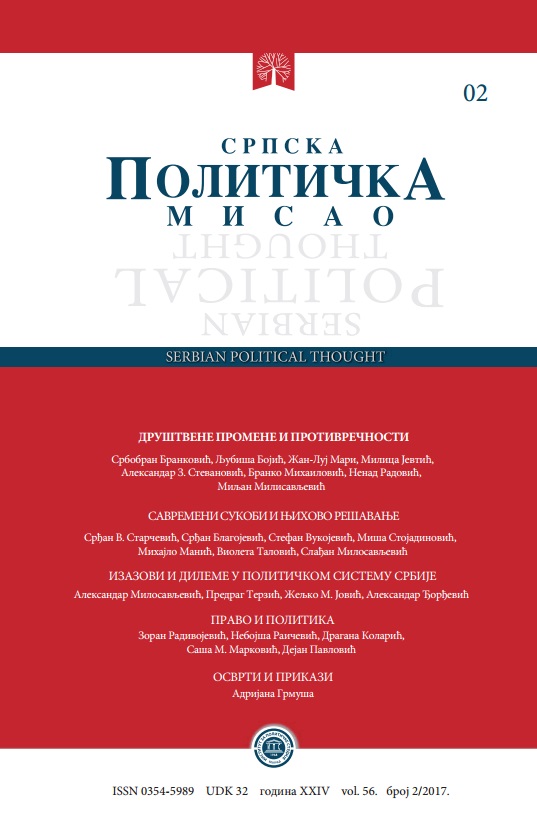 Summary/Abstract: The regime of Ukrainian president Viktor Yanukovych has refused to sign agreement of association with the EU in late 2013. That caused farther political instability in the country. After the referendum in March 2014 Crimea has unilaterally separated from Ukraine and joins Russia. At the same time in Donetsk and Lugansk armed conflict began. Ukraine has accused Russia for annexing the Crimea and that its armed formations actively fighting on the side of pro-Russian separatist in eastern Ukraine. Russian and Ukraine relations decrease in the last period. This tendency causes numerous problems and underlines the existing differences and attitudes. This also significantly jeopardizes relations between Russia and the Western countries and result a complex geopolitical situation in the Black Sea region. This threatens to disintegrate the entire system of regional stability with possible implications on the global level. The main goal of this paper is to contribute to critical understanding of the crisis in Ukraine from the perspective of current events in the last three years. The situation in Crimea and its impact on the global political and security stability must be studied through the realistic prism of global geopolitical processes in the contemporary international relations. At the same time we must to be aware of the role of Russia in this process since the Crimea is de facto part of Russian territory since 2014. It is necessary to consider various aspects of changes in the status of Crimea so we can understand their impact on the regional and global level. The interdependence and interaction between the political and security processes in the Black Sea region and changing status of Crimea are obvious and easily provable.