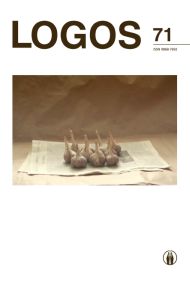 Summary/Abstract: During recent decades there have been attempts in urban theory and urban discourse at large to revisit and reconsider a number of concepts that have been marginalized or even suspended because of the rise of scientist ideology in academic research. The concept of spirit of place, known since Roman era as genius loci, is one of the key catogories that had been lost and regained in the history of urban planning and its theoretical reflections. Architectural historian and theorist Christian Norberg-Schulz has made the most significant contribution to the revival of this old Latin idea of spirit of place in urban and environmental studies. The article focuses on the impact of Norberg-Schulz in developing the interest in the spirit of place as an intellectual endeavor of his phenomenology of architecture and place. The author of the article notes that the concept of genius loci or „spirit of place“ remains a useful analytical tool in advancing the discourse on contemporary urbanism so that material and non-material elements that make the true character of urban place in contemporary urbanity can be adequately evaluated in urban research. Norberg-Schulz later reconsidered his attitude about modernist dogmas (as professed by Le Corbusier, Sigfried Giedion et al.) of the limitless capacity to transform spaces. He became a spokesman for the symbiotic relationship between the human being and the natural/urban space humans and reconsidered the archaic idea of genius loci as imperative for contemporary city-building. His theoretical insights might be of use in developing theoretical study of the development of urban structures in contemporary Lithuania.