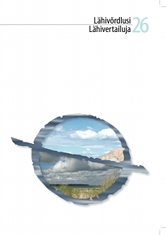 Summary/Abstract: This paper comparatively describes verb-initial morphosyntactic patterns in the written language use of C1 level learners of Estonian, i.e. proficient L2 users, and educated native speakers. For this purpose, verb-initial four grams were investigated. A further aim of the study is to help provide research-based linguistic content to define language acquisition levels.The research material consists of L1 and L2 argumentative writings: – essays written by L2 learners of Estonian, which have been evaluated o represent the proficient user level C1 were taken from the inter language corpus of the Tallinn University (75,320 tokens, 8364 four grams);– L1 reference corpus was compiled from opinion articles published in the two leading newspapers in Estonia during December 1–31 in 2014 and written by highly educated non-linguists, considered the benchmark for both L1 and L2 learners (107,590 tokens, 11,437 four grams).Cluster analysis was applied to bring forth identical linear sub sequences of morphological and syntactic tags based on frequency. These sequences were grouped into more general patterns of language use. Four grams where the word classes of the components coincide (e.g. VPSS, representing verb-pronoun-substantive-substantive) constitute bundles, referred to as clusters. 'e highest level in the hierarchy has been presented on the basis of the word class of the first and last component of four grams. These groups of four grams (e.g. V–S, representing verb–substantive) are referred to as morphological classes. 'us, clusters are distinguished by the variation of the middle components of four grams. The analysis revealed mostly statistically relevant differences in the frequencies of classes and clusters of four grams. E.g. the adjective-final class V–A is more common in L1 use, while the pronoun-final class V–P is more common in L2 use. Furthermore, the preferred clusters mostly do not overlap, e.g. the preferred cluster in class V–A is VSSA (verb-substantive-substantive-adjective) in L1 and VVDA (verb-verb-adverb-adjective) in L2. The morphological, syntactic and lexical comparison of the preferred clusters of L1 and L2 within the same class (e.g. VSSS favored by L1 users and VPSS favored by L2 users in class V–S) brought out several interesting tendencies: 1) negative verb forms are used more frequently in L2 than in L1; 2) analytic tense forms (Present and Past Progressive) are less common to L2 language use; 3) there is a tendency of the subject to precede the verb more commonly in L2 than in L1, therefore, subjects are rarer in L2 verb-initial structures; 4) the object, however, follows the verb more commonly in L2 than in L1; 5) in L2 there is a wider use of predicative that occur together with the existential verb to be;7) lesser use of infinitive verb forms in L2 shows in the compared clusters;8) the use of modal verbs is relatively similar in the two groups;9) a greater lexical diversity shows in L1, especially in substantives, as well as in adjectives and verbs, whereas there is no difference in the lexical diversity of adverbs, conjunctions, and pronouns.