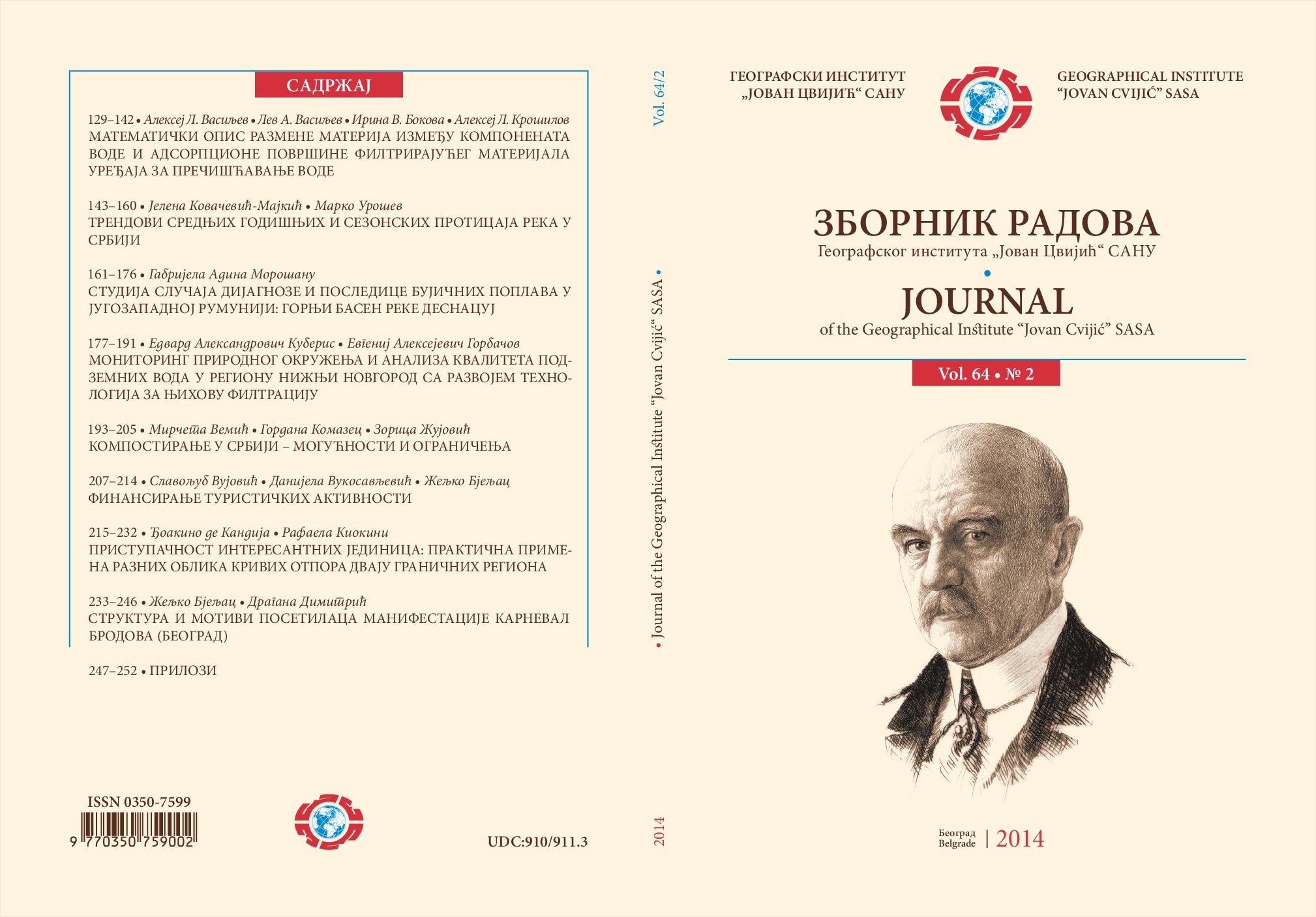 Summary/Abstract: The paper examines the flash floods that may appear in a representative river basin occupying the south-western Romania and also feature an example of the most recent flash flood from 2005–2006, more specifically, its causes and consequences. In order to accomplish the objectives, hydrological data were used to identify the characteristics of the floods. Finally, the case study of the flash flood was delivered through the field research, observational method, discussion with the authorities and investigation of the meteorological and hydrological available data. The research offers an insight on the dimension of damages triggered by a flash flood event, based on the statistical data provided by the village hall and the few remaining places preserving the traces of the floods (houses, bridges). Because we could not provide all the necessary data in order to determine the frequency and scale of such risk phenomena, the analysis is assessed on general hydrological statistics of flood events between 1964 to 2011. By leading the research, it resulted that the specific feature of the upper basin of Desnatui River is its temporary drainage and that in the periods of high flow, the capacity of the river channels is diminshed and the floods may occur. The paper succeeds to revive the insufficient scientific concerns on this kind of hydrological risks issued in the space occupied by the upper basin of Desnatui River and eventually, to supply the need for such study in the context of modern hydrological research preoccupations.