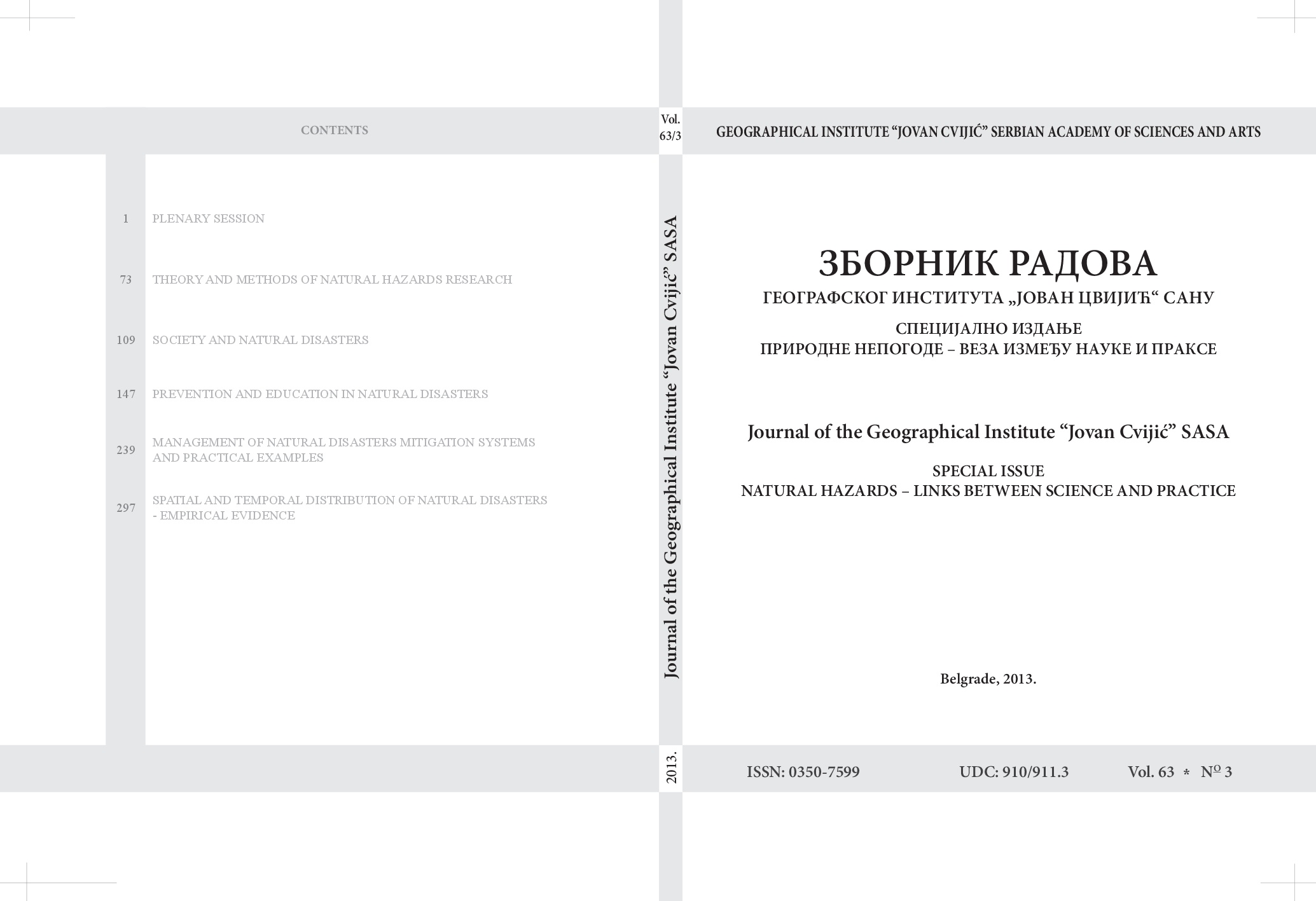 Summary/Abstract: The work displays the presumed laws of flooding waves which would occur if the 1976 situation when the great floods in Kosovo happened reoccurred again. On a 1:300000 multilayer map of Kosovo and Metohia, there are areas which would have been flooded in case of a maximum flooding wave, and what is also shown is the areas which were covered in water as the average was measured, including the areas used as projects of minimal flooding wave value. There is a layer showing the points with regular flood defense, including the places where protection needs to establish. The map includes the ratio of 1:300000, whilst the areas are calculated with the help of processing their dynamic static’s, as well as using the formulae Gumbel Distribution and Weibull Formula. The data have been calculated with their maximum value, including the average and the minimum of flooding period embracing the time of 40 years.