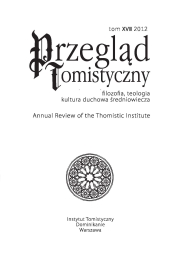 Summary/Abstract: The phenomenon of conscience comes to the fore especially when the action of a subject violates the moral order that he has accepted. The subject then feels guilty, regrets the effects of his action, and feels ashamed of himself for being unfaithful to his own moral convictions. Regret, guilt and shame do not always have a moral dimension, however. The moral dimension is not present when we do not fully assent to our actions or when we have not violated the moral law in a deliberate manner. Insight into one’s own conscience allows us to see whether the guilt, regret and shame we experience are indeed moral phenomena. The judgments of conscience have a categorical character and accuse us of having made intentional choices that caused ill effects. They are not based on the mere existence of ill effects as such. It should also be noted that being the cause of ill effects is not the same as having intended such effects.