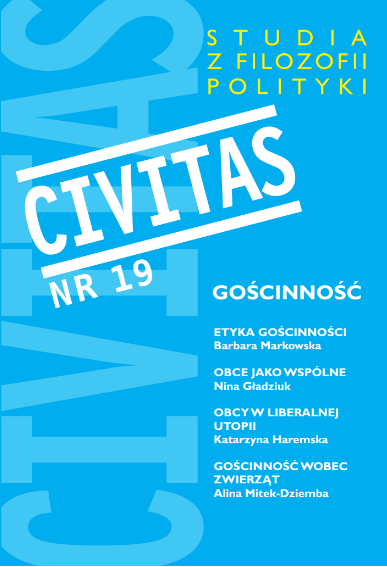 „Dzieci Abrahama”
The Children of Abraham

Summary/Abstract: This article attempts to answer the question: what has the current migration crisis revealed in relations between Christianity and Islam, two religions with common Abrahamic roots? What conclusions can be drawn about the state of these relations, particularly with regard to ordinary members of the two religions? How should we assess the reaction of Christians in Europe to the inflow of refugees from Muslim countries in the light of the Gospel, the Second Vatican Council and the teaching of Pope Francis?The article consists of four parts. Part I briefly presents Christian-Muslim relationships over the centuries. Part II focuses on the sense of danger occurring in European societies in connection with the influx of Muslims during the migration crisis. Part III presents the teachings of the Second Vatican Council about Islam and Part IV describes Pope Francis’s attitude towards refugees from Muslim countries.