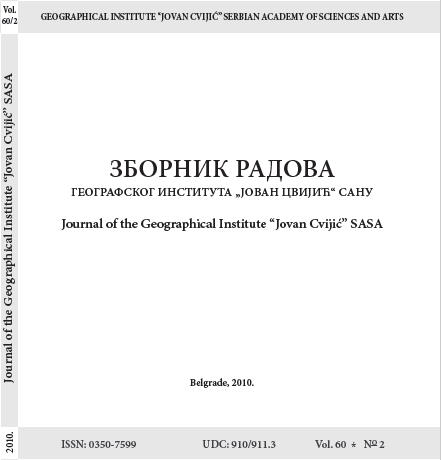 Summary/Abstract: This work focuses on hydrographic and hydrological specific of Nišava River. It uses all hydrometric and cartographic information for the Bulgarian part of the catchment. Transboundary catchment of Nišava River includes four sub-basins, which are trans-borders too. There are a lot of karst areas in the river basin. The drainage density is 1.09 km/km2 . Water resources of Nišava River are 170 million m3. They vary between 300.0 and 84.0 million m3. The period of high water appears in March/April and finishes in June. The frequency of monthly maximum is biggest in April or May. The monthly minimum appears most often in September or October. Floods in the catchment of the river Nišava are most often in March, May and June. Some of the rivers lose its waters in the karst areas and dries up during the summer. The average number of days with ice is between 10 and 70. The chemical and ecological status of river water is good.