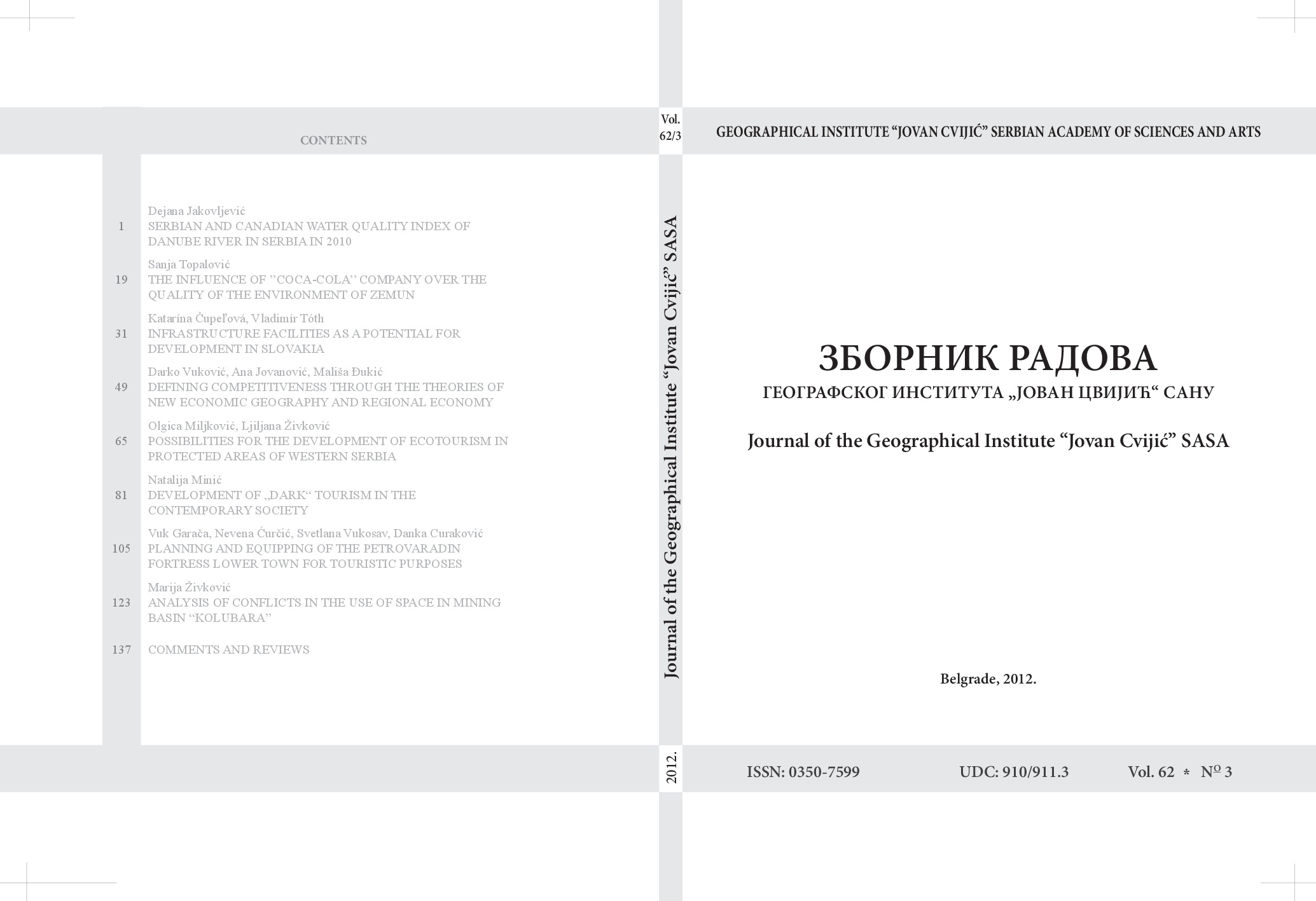 Summary/Abstract: Consequence of impact of the surface exploitation on the enviroment is manifested in the form of physical, social, and environmental conflicts. The dominant conflicts of the Kolubara lignite basin space occurs between mining and agriculture, which indicates the importance of the process of rehabilitation and revitalization of contaminated land and its effective bringing to the original purpose. Another significant conflict appears between the existing settlements and mining, infrastructural, water management and other facilities, which are located in areas of mining works, so the solution is in their displacement. As consequence of development of the mining-energyindustrial system there is an adverse impact on the enviroment, which is reflected in the pollution of air, land, groundwater and surface water. Ecological dimension of this conflict presents clear and limiting factor for the mine development, which directly points that the economic development of mining basin “Kolubara” is directed toward the rational exploitation of natural resources (coal, water, land, ect.). In the process of harmonization of these conflicts, it is necessary to take into account that the energy policy acts at the national level, as the public interest, and therefore has priority over all other interests.