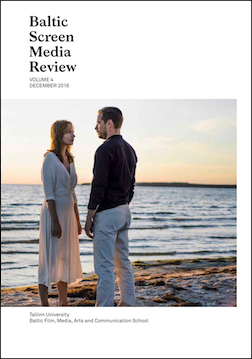 Summary/Abstract: In the history of cinematography there is a noticeable tradition to deliberately highlight the elements that accentuate space and spatiality in the shots. At the same time, there is also a contrary tradition, i.e. the conscious reduction of spatiality with the help of artistic tools in order to evoke a feeling of alienation. In this article I will argue that it is highly likely that the visual reinforcement of depth has become one of a cinematographer’s most frequently used tools, because it plays an important role in the audience’s perceived empathy towards onscreen characters. Since the practices of art-making – e.g. cinematography – represent a way that the empirical experience accumulated in professional practices reflects underlying neural processes, this article will first draw upon evidence from the common tenets of cinematography and reflect on how these correspond to the respective phenomena in human perception and cognition. The second part of the article examines the theory of the para-dramatic and eso-dramatic factors established by Gal Raz and Talma Hendler as it applies to cinematography; thereby suggesting possibilities for broadening the theoretical foundations of the twofold division of the causes for the viewers’ empathetic responses. The article will also introduce the results from a pilot experiment. However, I will not argue that the rendering of cinematographic space and drawing attention to certain areas are superior tools for creating filmic empathy. I will rather point out that they are often used by cinematographers when they want to create an immersive experience, and therefore, there is reason to believe that a connection exists between emotional empathy and the usage of these cinematographic tools.