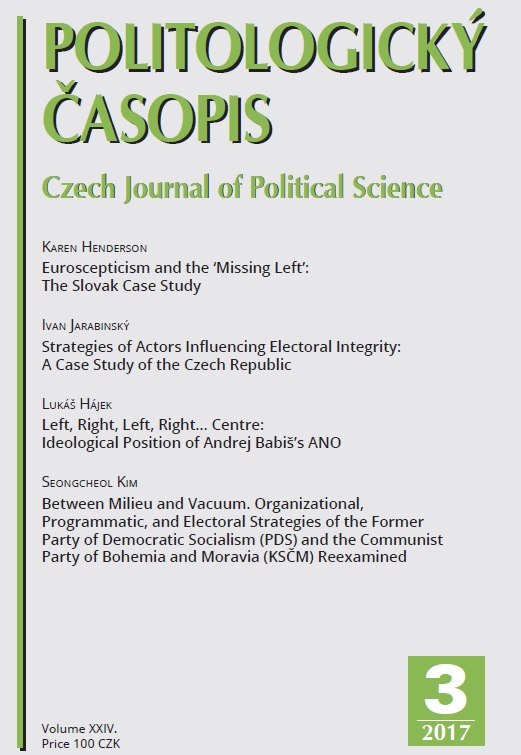 Summary/Abstract: The nature of Euroscepticism in Slovakia has changed notably since 2014. Objections to the European Commission’s refugee quotas that first occurred in 2015 have far more traction with voters than earlier Eurosceptic arguments, and less emphasis is now placed on the positive role of EU funds. The Visegrad Four states have collaborated closely in their responses to the refugee crisis, but the Slovak case study is particularly revealing because opposition to immigrants is led by an allegedly social democratic government that supports EU membership. It is questionable whether its securitisation of the refugee crisis and the portrayal of Muslims as terrorists is the result of Islamophobia or indicative of a general hostility to immigration that could be construed as representing a problematic form of Euroscepticism. These attitudes stem less from the rise of far-right and overtly Eurosceptic parties and more from the lack of a political left. The fact that left-wing value orientations are weak can be demonstrated by surveys of voter and party views in Slovakia. Revisiting the idea that the main axes of party competition differ in Central and Eastern Europe and in Western Europe, post-communist states may have the potential to disrupt the pact between the mainstream right and left which underpins the entire European integration project.