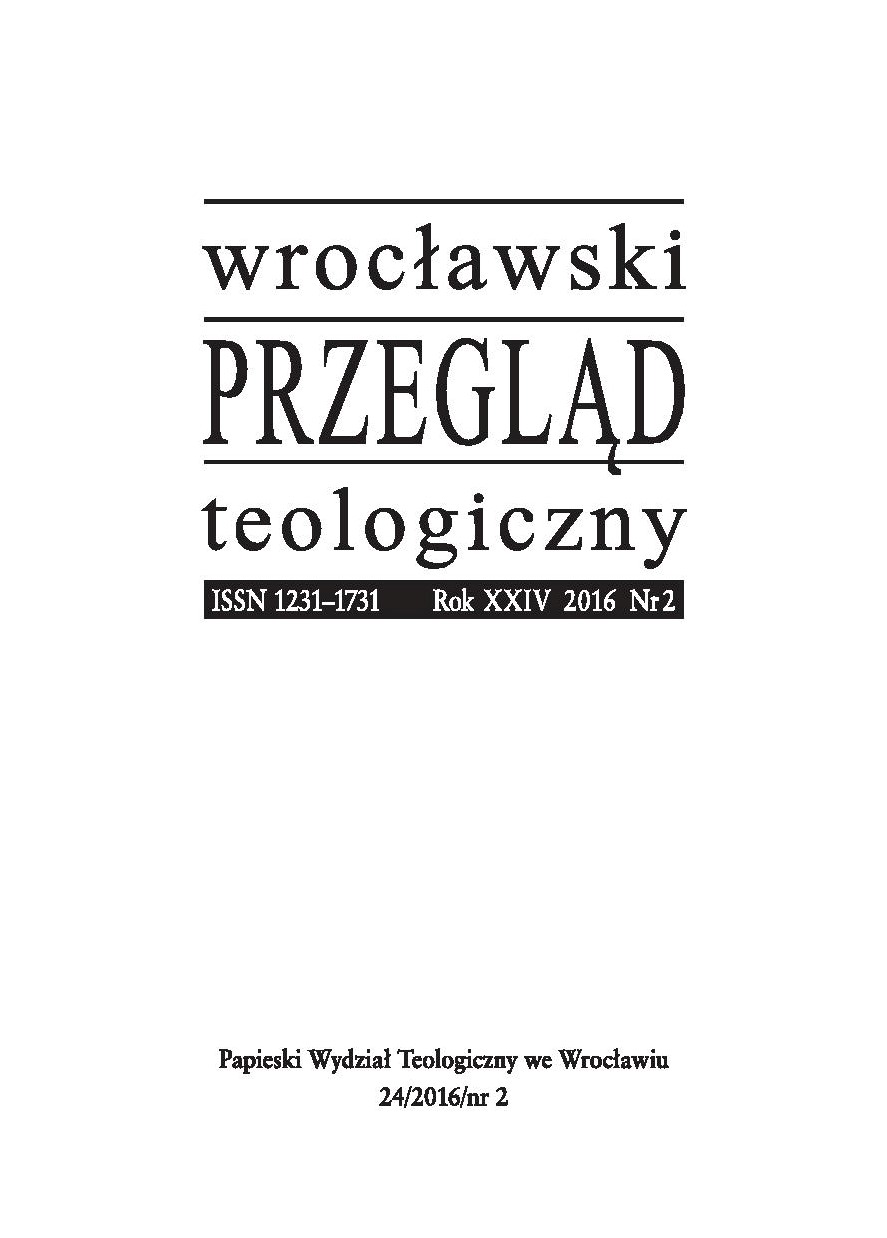 Summary/Abstract: Everyone who studies the New Testament Bible must take into account its Aramaic background that results from several factors:– the Aramaic language was very popular in Roman Palestine during the first century A.D.;– the Aramaic was Jesus’ mother tongue;– Jesus’ teaching was being recorded in Aramaic and then it circulated among the people;– the oldest Church consisted of Aramaic speaking communities.It is worth remembering that the New Testament authors, when working on the Greek Gospels, they were following their Aramaic language habits. The effects of them were aramaisms in the Greek texts, Aramaic sentence constructions and even Aramaic words rendered by Greek letters.The aim of this paper is to investigate Aramaic anthroponyms, i.e. personal proper names existing in the Greek text of the New Testament. Seven Aramaic personal names beginning with the syllable bar- („son of...”): Barabbas (Matt 27:16), Bariēsous (Acts 13:6), Barnabas (Acts 4:36), Barsabbas (Acts 1:23), Bartholomaios (Mk 3:18), Bartimaios (Mk 10:46) and Simōn Bariōna (Mt 16:17) were analysed; furthermore four Aramaic apostles’ nicknames: Kēphas (John 1:42), Boanērges (Mark 3:17), Thōmas (Mark 3:18) and Thaddaios (3:18), and at last one female name – Tabitha (Acts 9:36).Aramaic names and nicknames recorded in Greek script are one of clever devices that help to localize the text of the Gospel in the multilingual environment of Roman Palestine of the first century AD and thereby make it more reliable for a reader.Apart from Aramaic anthroponyms in the Gospels there are also many Aramaic toponyms (geographical proper names), common words and phrases. They will require futher research.