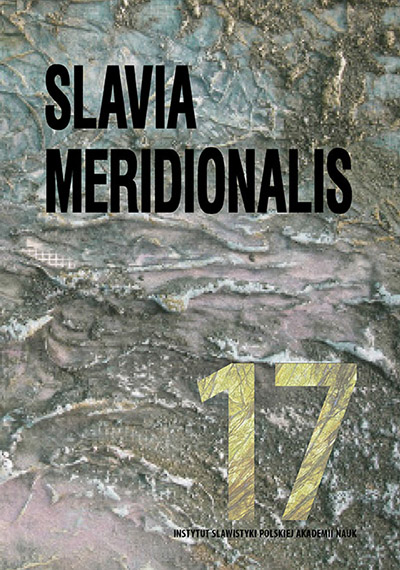 Summary/Abstract: A discussion is given in this article – in the chronological order – of the various textual proofs of the existence on the Macedonian territory (from the beginning of the nineteenth century) of the confessional consciousness, in its religious-theoretical, political-historical and ideological-identifying form. The mentioned examples are presented against the background of the slow development of the national community spirit of Macedonians, as well as the religious and political conflicts in the area of the Central Balkans during the reign of the Ottomans and after its ending. In this case, relativity and indefinite patterns of confessional identification resulted from: the multiethnic structure of the society, a rivalry between several Orthodox Churches, a long period of paganisation of the Christian life and of atheisation, also from the peculiar understanding of such categories as authority (sacred and secular), freedom of conscience, tolerance, orthodoxy or apostasy. In this connection the author also refers to the main sources of contemporary Macedonian consciousness: the biblical connotations of the Macedonian lands, the continuity – independent from ethnic relations – of “Macedonian Orthodoxy” in the institution of Ohrid Archbishopric, the Turkish ethnoconfessional system of the millets (with the evolution of local Islamic tradition), struggle for the autonomous local Church, practices of conversion, the “interconfessional” nature of certain national programmes, a dependency from the pressures of international politics. Most of the presented detailed phenomena prove that the unnaturally long identifying of the main confessions with particular ethnic groups contributes in Macedonia to a delay of the evolution of confessional categories towards the contemporary shape, connected with a free choice and the private sphere.