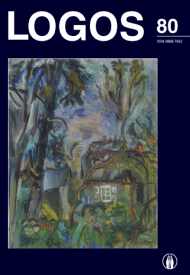 Summary/Abstract: Confucianism, a system rich in humanistic values and teachings for living a noble life, is an invaluable partner for Christianity in interreligious as well as intercultural dialogue. We have arrived at a time for Confucianism to be understood not as a “pagan“ opponent to the Christian Weltanschauung, but rather as a precursor and partner in creating a more humane world and revealing the essential mission of man. In the course of analyzing the possibilities of Confucian and Christian dialogue, two important aspects of Christian teachings become evident. Firstly, to what extent Christian doctrine is unique and to what extent it conveys a common religious human quest and, secondly, comparing both teachings helps to lead to a clearer perception of where lies the essence of Christian love and salvation. Confucianism does not operate within such concepts as Revelation or a Saviour, both of which are basic to Christianity. The ultimate Confucian goals of the individual and society are outlined in ways more characteristic to Chinese thinking, – humaneness, harmony, the Heavenly Principle. In Confucianism one of the central concepts, the will of Heaven, conveys the relationship between humanity and the Supreme Being. It can be said that in Confucian will of Heaven a certain Divine Revelation is manifested in a way that leads humanity toward its ultimate goal.