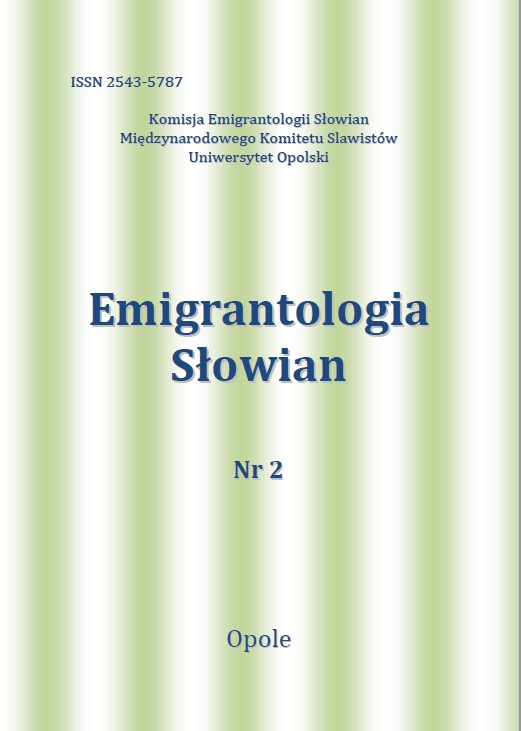 Summary/Abstract: Vershina is a Polish village in Siberia inhabited by Polish settlers who moved there of their own volition. The migration was a result of attempt of improving the economic standards of their living. As they reach the territory of the Russian nation, Polish settlers started the process of gradual language assimilation. As a result, they create a unique Polish dialect that is used up to nowadays. Polish dialect contains linguistic calques, borrowings, hybrids and more examples of linguistic interference. The article presents the topic of linguistic calques, grouping them into five groups (structural, semantic, phraseological, morphological and syntactical) and gives examples of each of the group. It shows how big is the influence of the Russian language on the Polish dialect.