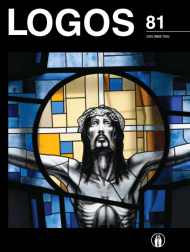 Summary/Abstract: The paper aims to present Dowgird’s attitude toward various topics in the philosophy of Immanuel Kant. Its main objective is to specify and characterize Dowgird’s convictions which are of a direct relevance to the issues posed within transcendental idealism. The paper delivers t important information concerning Dowgird’s life, a general outline of his philosophical conceptions against the background of philosophy during the Polish- Lithuanian Enlightenment, and – in the main part – an articulation of these elements in Dowgird’s philosophy which stand in a clear opposition to Kant’s views. The aim of the paper is to justify the thesis that Dowgird’s attitude toward Kant’s philosophy was a complex, highly critical one, though different from that of other philosophers of the Polish-Lithuanian Commonwealth at the beginning of the nineteenth century. Dowgird’s uniqueness is twofold. First, in comparison with the efforts of his Enlightenment contemporaries, his analyses of Kant’s theories were more substantial, very scrupulous and exceptionally sophisticated. Second, many of the problems discussed by Kant were approved by Dowgird as rightful philosophical questions.