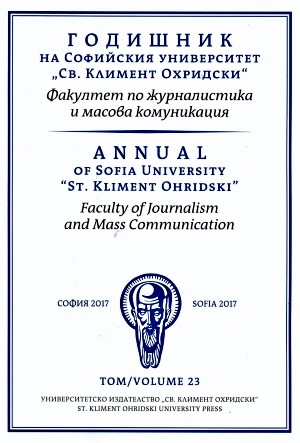 Summary/Abstract: The article represents an anthropological study of the "Celebrity Big Brother" aired on Nova TV from 15 September to 19 November 2014. Parts of it will be included in my thesis "Transformations of the value system of the Bulgarians in the transition period. Heroes and antiheroes. "The text considers the behavior of each participant in the program, and their value system. Described are the reasons why viewers prefer to vote for one or another occupant in the house of the reality format. In conclusion, the thesis is imposed that the fans of "Celebrity Big Brother" identify with the participants in the show, which in turn confirms that it is a scale model of the Bulgarian society.