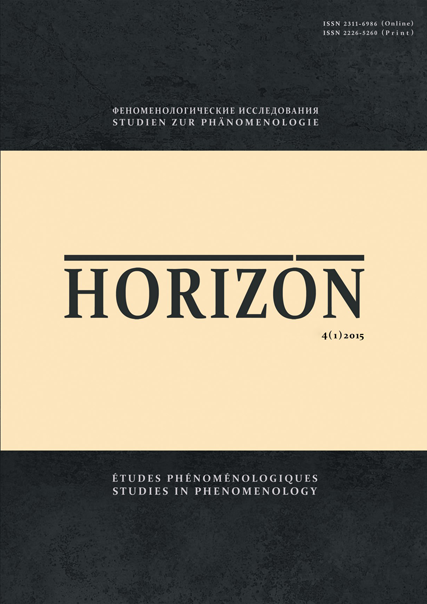 Summary/Abstract: This paper aims to analyze the question of how to define the essence of the theater, building on a conferenceSpanish philosopher Ortega y Gasset held in Lisbon in April 1946, where he radically raisedthe question of the «strange» relationship between reality and unreality that the «world of the stage»makes possible for us to experience. On the one hand, Ortega states that theater is essentially vision,while, on the other hand, it seems that such a seeing, in itself, leads to a problematic relationship witha not-seeing. In particular, Ortega seems to claim that in theater spectators experience a vision both«paradoxical» and «magic», insofar as it entails an essential not-seeing that gives rise to a play betweenopacity and transparency. A play that is also to be found in a masterwork many phenomenologistsadmired, Proust’s Recherche, in which, in order for Marcel to see the image of Phaedra, the ordinarybody of the actress Berma has to vanish. Here the body becomes transparent and one no longer sees theperformer himself: he/she is simply a window opening upon a great work of art. This way, the spectatorcan experience «this new order of creatures» that reminds us of the «êtres d’une nouvelle nature» ofwhich Du Bos wrote in the Eighteenth Century. However, regarding the topics of the «image-window»,Eugen Fink and his teacher Edmund Husserl had already paved the way, and an intertwined reading ofsome important texts of both authors can in turn shed new light on this question. With regard to Husserl,special attention will be paid to a very interesting text from the Husserliana XXIII (probably datingto 1918) in which he, taking theatrical image into profound consideration, draws attention to the bothparadoxical and powerful notion of perceptual phantasy.