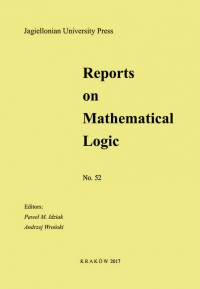 Summary/Abstract: The beliefs of other people about our own beliefs affect our decision making strategies (and beliefs). In epistemic game theory, player’s beliefs about other players’ beliefs are formalized, and the way how people may reason about other players (before they make their final choice in a game) is explored. In this paper, we introduce a non-self-referential paradox (called “Yablo-like Brandenburger-Keisler paradox”) in epistemic game theory which shows that modeling players’ epistemic beliefs and assumptions in a complete way is impossible. We also present an interactive temporal (belief and) assumption logic to give an appropriate formalization for this Yablo–like Brandenburger-Keisler paradox. Formalizing the new paradox turns it into a theorem in the interactive temporal assumption logic.