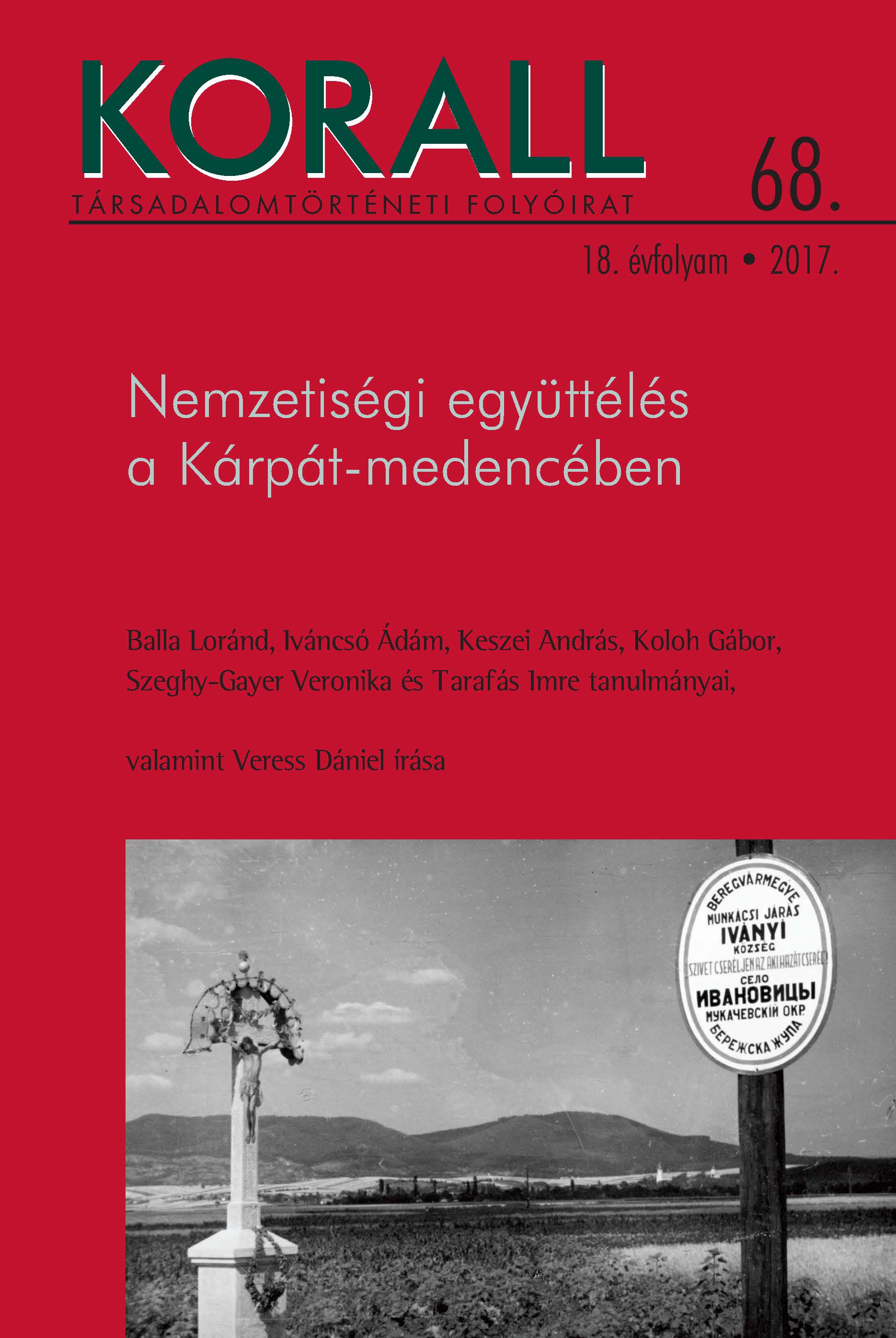 A szlovák–magyar–zsidó–cseh Kassa a 20. század első felében
The Slovak–Hungarian–Jewish–Czech Kassa / Košice in the First Half of the Twentieth Century

Summary/Abstract: The study examines the changes of ethnic distribution and the opposing urban images of the nation-building elites in Kassa (now Košice, Slovakia) between 1910 and 1945. In these few decades, censuses mirrored the framework of two different nation states. After 1930, two thirds of the population of the town, which by 1910 had become predominantly Hungarian-speaking, was registered as “Czechoslovakian”. After the First Vienna Arbitration in 1938, however, the absolute majority of the population identified themselves again as Hungarian.Due to forced migration and re-Slovakisation, Hungarians largely disappeared from Kassa between 1944 and 1948, while the local Jewry was nearly completely annihilated in 1944. Such large-scale fluctuation in the self-identification of the urban population provided an ample argument for the Hungarian, as well as the Czech, and the Slovak elites to consider the town as their own national space. The first half of the study provides an analysis of the censuses, as well as data about the language use and voter preferences of Kassa residents, followed by the reconstruction of the local national elites’ image of the town itself. The conclusions emphasise that rather than being a testimony to split, ambiguous, or multiple identities, the national self-definition of Kassa residents of various ethnic affiliations, as well as its evident fluctuation shown in statistical records, can be explained by the individuals’ conscious personal decisions developed in response to parallel nation-building processes.