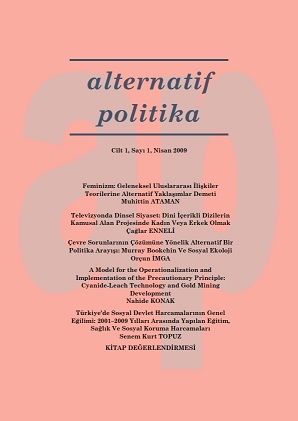 Summary/Abstract: Mining development provides tremendous amount of long-term environmental and community degradation all over the world. Often, local communities bear the burden. This article demonstrates how the Bergama environmental network has utilized international environmental treaties with a focus on precautionary principle in order to halt the cyanide-leach Ovacik gold mine project in Turkey. The network has not only operated under the principle of precaution, but it has also defined and illustrated how the precautionary principle could be operationalized and implemented in practice in mining industry. By doing so, the Bergama environmental network developed a model for the operationalization and implementation of the precautionary principle in mining sector. In contrast to risk assessment that focus on the question of what level of contamination is safe, the precautionary approach focus on the question of how to reduce or eliminate the hazards and considers all the possible means of achieving that goal---including forgoing the proposed activity. This network has been promoting precautionary principle instead of risk assessment in mining nationwide. This model can be utilized by other communities dealing with mining developments in order to make the companies and their states to adopt and implement the precautionary principle. This article is based on a larger research project that has been taking place since 2002 on Ovacik gold mine development in Bergama. It relies on data that comes from interviews, focus group discussions with local community residents and field notes as well as books and documents prepared by the network and local newspapers that covered the case extensively.