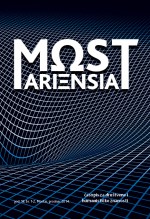 Summary/Abstract: With his Scarlet Letter, Nathaniel Hawthorne really wanted to unfetter the New English Puritan scions, or at least make them think what has morally degraded the “Iron Men” and destroyed a steadfast faith of the primogenitors. Hawthorne’s answer is that they have forgotten to express emotions. The Scarlet Letter thus responds to the hypothetical questions raised by the Puritan Community of the seventeenth-century New England; however, the novel is not directed against the positive traits of the Puritan New Englandism, e.g., discipline, home life, education, etc. Moreover, Hawthorne’s opus has a universal philosophical and moral sense, although its tone is usually mildened by his humanity and subtle humor. All of that enabled Hawthorne’s voice to be keenly heard in the twenty-first century as well.