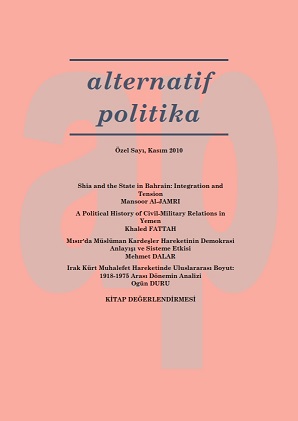 Summary/Abstract: Civil-military relations are power relations that encompass not only the relations between the military and political elite, but further all relations between the military and society at all levels. In the case of Yemen, the poorest, least developed and weakest political entity in the Middle East, such relations are articulated on the basis and within the context of a tribal state. This article analyzes the complex role played by tribal-military networks in shaping the current state-society relations in Yemen. The article highlights how, throughout its modern history, the central authority in Yemen has seen its power limited by its military weakness, in comparison to the armed strength of the tribes. The article argues that politics of survival and regional structural factors are at the heart of the failure of Yemen‟s military to perform its task as a modernizing agent. To achieve its objectives, the article traces the historical roots of the establishment of Yemen‟s modern army, marks the interventions of Yemen‟s military in politics, identifies the ideological currents within its officer corps, and analyzes the patterns of cooperation and control between the military, tribal elites and the political administration.