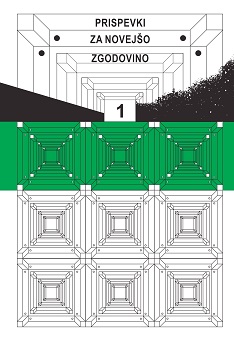 Summary/Abstract: The author describes the division of the Slovenian society in the 1930's concerning the Spanish Civil War. Slovenian history was marked by various ideological schisms – from Christianisation and anti-Reformation in the 16th century to the longest lasting ideological-religious schism of the 20th century, which had begun at the end of the 19th century, in the time when political parties had been formed. At that time the Catholic camp, under the influence of Dr. Anton Mahnič, wanted to organize the public life in the Slovenian provinces according to the principles of extreme Catholicism. The polarization continued during the interwar period, especially in the 1930's, where we should search for the roots of the wartime fratricidal conflict. Slovenians are still divided along these lines, and the schism surfaces at every possible occasion, for example during elections or celebrations. We are burdened by it to the point where it actually prevents us from becoming a modern nation or at least hinders the process of its formation. The assessment of the Spanish Civil War, even more than 70 years thereafter, still remains essentially controversial, just as it was back then. This holds true for the Slovenian as well as for the European (nowadays mostly conservative) society.