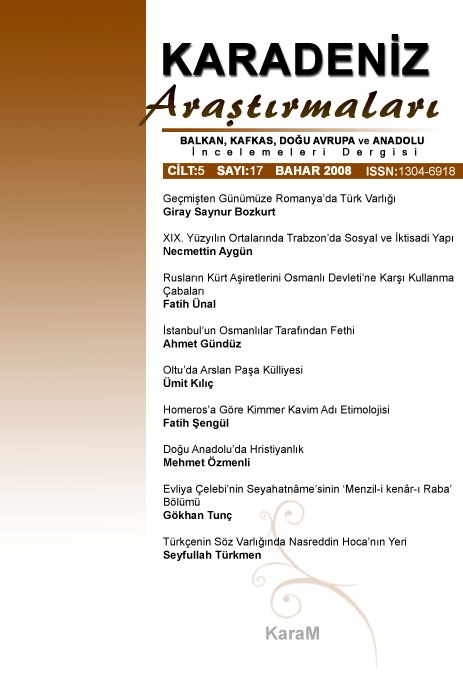 Summary/Abstract: In this study talking about the geography location and the name of İstanbul which was the second capital city of Roman Empire, its post and proconquest situations, have been evaluated in respect to Turkısh and islamic world and Bizans and Europe world. Followed by the explanation population variation, housing activities, scientific activities, management, commercial and economic transformations which had occured during post-conquest of İstanbul, the policy Fatih and applied against the prisoners has been mentioned as well. Consequently, performing the evaluation of the conquest from the viewpoint of Turc-Islam history and Byzans- Europe, the opinions of historians over the conquest have been included.